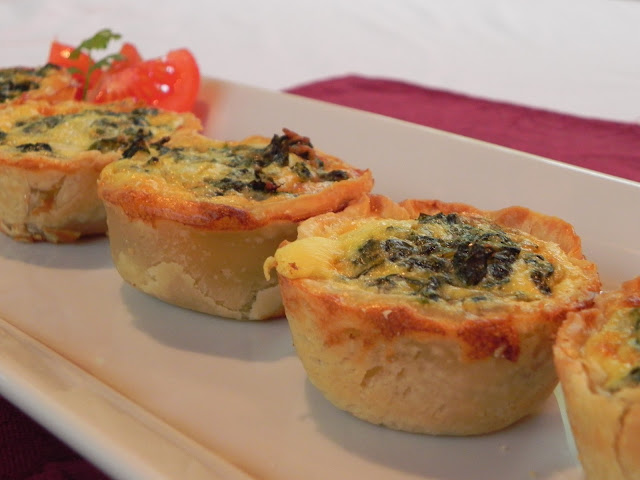 Eternally elegant quiche, just like Jackie O., never goes out of style.  It's really delicious and can be made with almost any variations of meat, veggies, and cheese.  Individual ones, like the ones above, are just as simple to make as a whole quiche. However, it's also so easy to make large 13 x 9 quiche casseroles which I recently did for an early morning baby shower at school. (I just doubled the recipe and used a couple of premade pie crusts to fit the pan.)  My basic recipe came from a fellow school teacher who gave it to me when I was planning a brunch open house for Jenn's graduation from high school.  I hit upon the idea of putting the cheese and fillings in the pie crust the night before and storing the blended up eggs, milk, and cream in a zip lock bag to add just before baking.  If you want to cut carbs and calories, quiche can be made without the crust and milk can be substituted for the cream - just make sure you spray the baking dish well with cooking oil. Below the basic directions for quiche posted here, are the recipes for two of our family's favorite quiches: Ham & Cheese and Spinach. For a special occasion - quiche is forever chic!


Steps to Build a Great Quiche 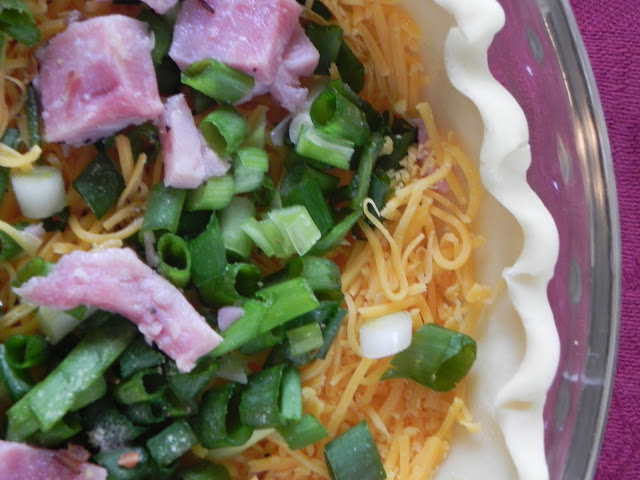 1.  Place and "flute" a premade crust in a pie pan and fill it with: 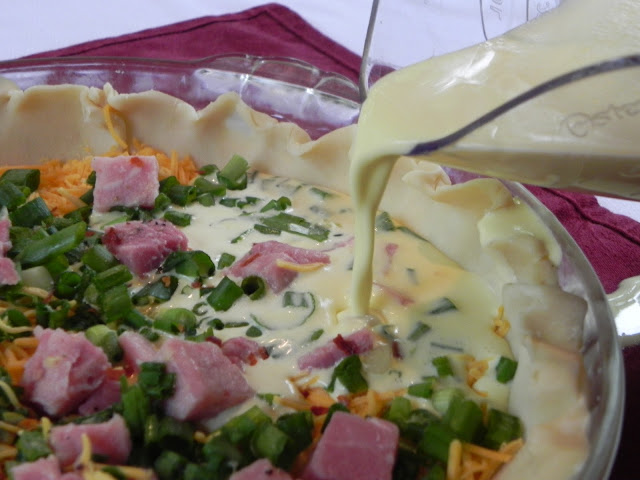 2. In a blender mix together and pour over the ingredients in the pie shell 3.  Bake in a preheated 425 degree oven for 15 minutes.  Then, lower the heat to 350 degrees and bake for at least 45 more minutes until the the quiche is puffed up, cracked, browned, and an inserted toothpick comes out clean. Spray the insides of a muffin tin with cooking oil.  With the two premade pie crusts, cut out twelve 3 1/2 inch circles by using the top of the glass.  Place the pie crust rounds into each muffin cup. Mix spinach, cheeses, spices, and onion in a bowl. Divide the spinach mixture between the muffin cups. Using a blender, combine the cream, milk, and eggs. Pour the egg mixture into each muffin cup just up to the top.  Bake at 400 degrees for 15 minutes.  Individual quiches should be browned, puffed, and an inserted toothpick should come out clean. 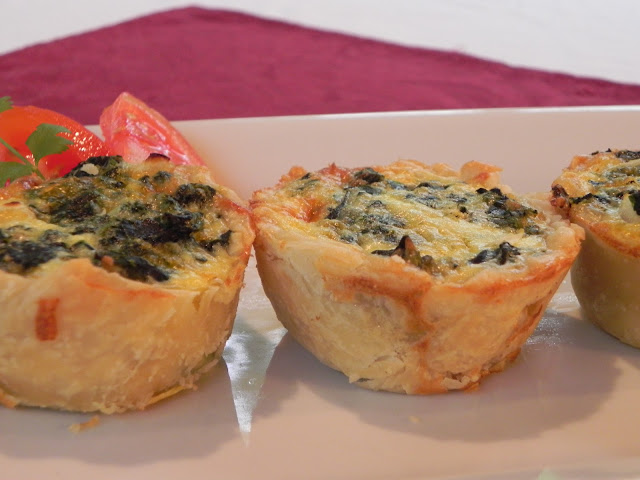 Fill pie shell with cheese, ham, and green onions.
Sprinkle in the garlic powder, dry mustard, salt, pepper, and red pepper.Using blender, mix up whipping cream, milk, and eggs.Pour egg mixture into pie shell until full. Bake 425 degrees for 15 minutes, then bake at 350 degrees for an hour or until puffed, lightly browned, cracked, and toothpick comes out clean. 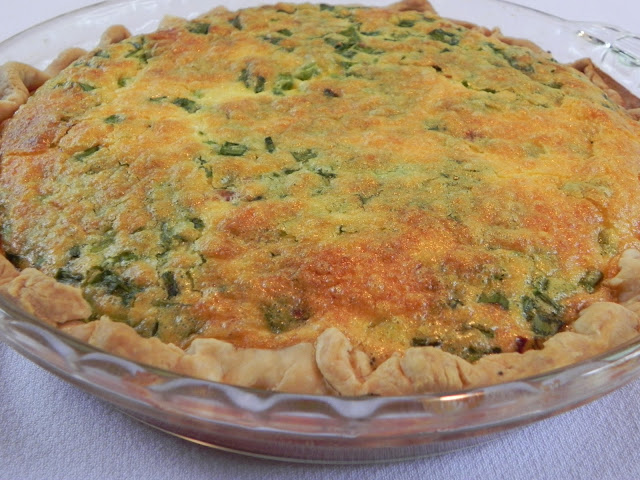