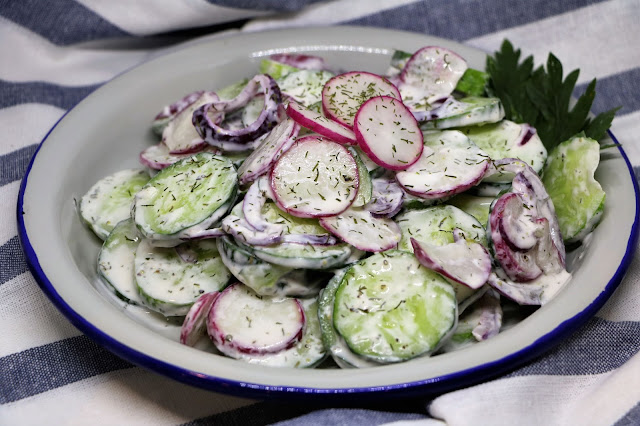 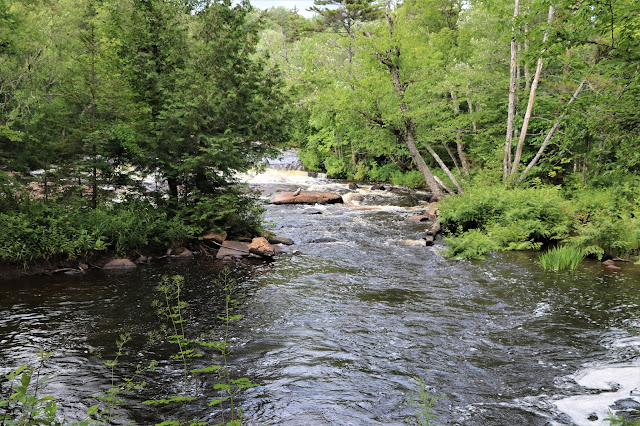 We've been traveling in our motor home for a couple weeks now. We went up through Michigan and crossed over into Canada. Then we traveled across the entire expanse of lower Ontario, went into Quebec and entered the Unites States again via New York. Upstate New York is a lot like upper Michigan; the 45th Parallel runs through both states - except New York has mountains! In both Michigan and New York we were gifted cucumbers and I found myself trying to do something other than just slicing into a lettuce salad. Pairing the cucumber with radishes gave them a kick and the yogurt kept it refreshing. But what I really liked was the flavor the thin red onion slices gave the salad; the yogurt mellowed them out and it made this quick and easy side really yummy! 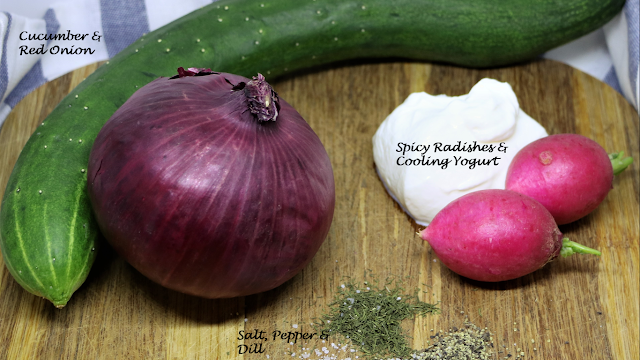 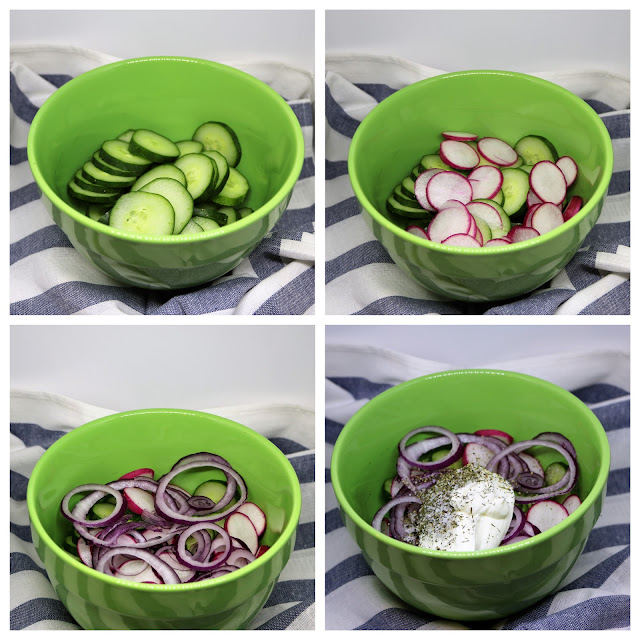 Wash and cut the ends off the cucumber. Thinly slice and put into bowl. Wash and thinly slice radishes and add to cucumber. Peel onion, thinly slice and place in the bowl. Spoon in the yogurt and the salt, dill and pepper. Gently toss and refrigerate, covered, until ready to serve. 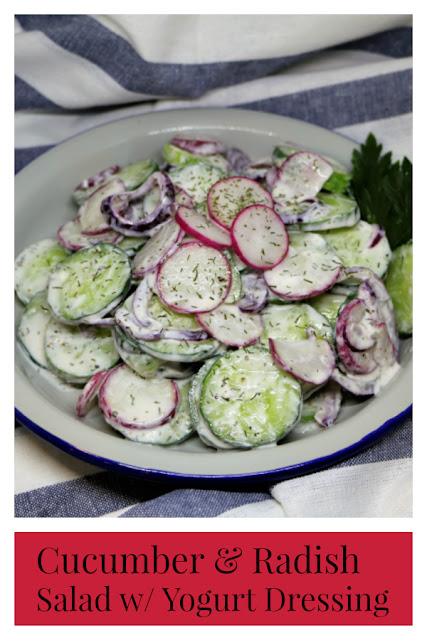 Posted by Julie Yates at 6:53 PM No comments: