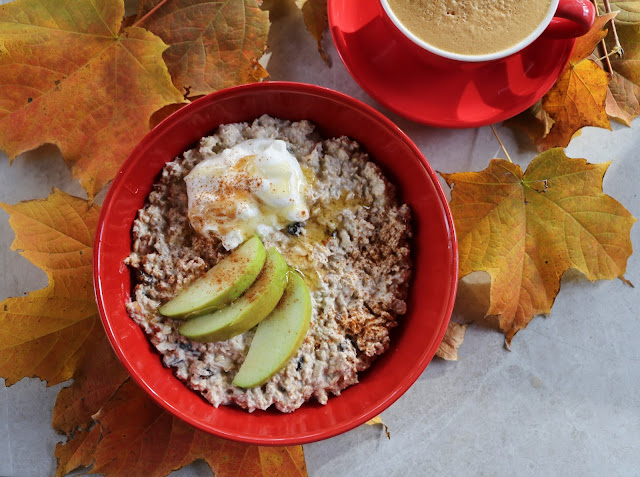 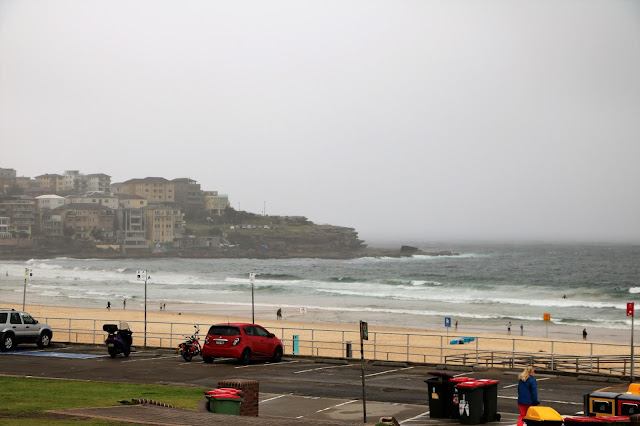 Straight above is a photo of Bondi Beach in Sydney taken in December 2016. I remember it was a gloomy, overcast day and it didn't look glamorous at all. Roy and I were visiting Jennifer and Allison while they were spending a year exploring Australia and traveling to countries close to that part of the world. For a short time, Jennifer worked at a place named Sejuiced. (I can only imagine how clever someone must of thought they were when they thought up the name.) It was a walk-up juice bar in Bondi Pavilion on Queen Elizabeth Drive. One of her tasks was to make a big vat of Bircher to be ready for sale the next morning.

The other day, Jennifer mentioned Bircher and explained to me what it was.  It's Swiss in origin and. like foods of many other nationalities, found its way to Australia. Basically, it's a type of overnight oatmeal made with apple juice. The version she made at Sejuiced included yogurt to increase the protein, shredded apples, unsweet coconut and a bit of cinnamon. It seemed so fall forward that I had to give it a try. Yes, it's yummy! It can be zapped in the microwave if a warm breakfast is desired- just don't tell anyone who knows about Bircher! It's usually served straight out of the refrigerator or room temperature. 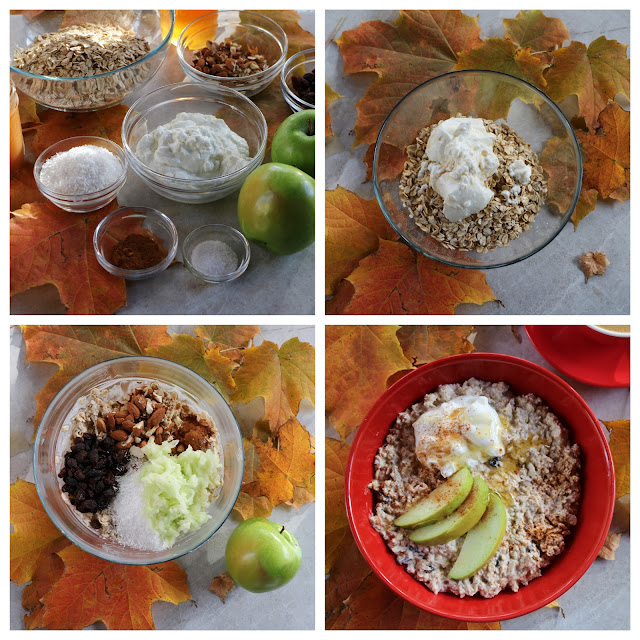 2 cups old fashioned rolled oats
1 1/4 cup apple juice
1 cup plain yogurt (If need be, Kite makes a good dairy free version), plus more for serving
2 Granny Smith apples
1/4 cup chopped almonds
1/4 cup raisins
1/4 cup unsweet shredded coconut (Can be found at Whole Foods)
1 teaspoon cinnamon. plus more for serving
A few drizzles of honey, for serving
In a large bowl, stir together the oats, apple juice and yogurt. Cover and place in refrigerator overnight.
In the morning, peel and core one of the apples. Coarsely grate it.
Add the grated apple, almonds, raisins, coconut and cinnamon to the oat mixture and combine well.
Cut the remaining apple into 12 slices.
Divide the Bircher into four serving bowls.
Place three apple slices and a dollop of yogurt on top of each serving.
Give each bowl a sprinkle of cinnamon and drizzle of honey.
Dig in! 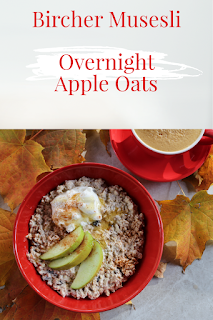