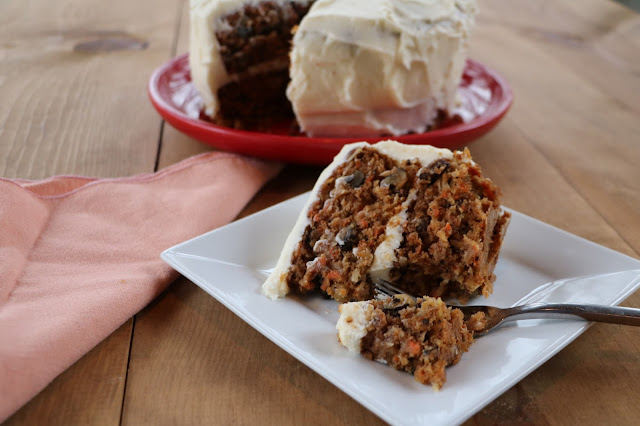 This post should actually be called the Mueller sisters' carrot cake for its true original source. During summers between college semesters, my sister and I worked as life guards at a country club. (My brother actually was employed there too, but I was off in the real world by then.) We worked with the Mueller girls who were blonde, blue eyed, very pretty, and obsessed with dieting.  In fact, that was pretty much the topic of conversation around the pool. Except - at some point this recipe surfaced. I can't remember how, but I know it's from them. For years my sister and I brought it to pitch-ins and parties. The directions on it are very strange for a cake recipe since the first thing is to combine eggs and oil, but the result is honestly the best carrot cake I've ever had. It is the gold standard to which I compare all other carrot cakes. The cream cheese frosting is just a bit different as well; definitely not as much powdered sugar than other recipes I've seen. The result is a bit more tangy and less sweet. For a pitch-in I bake this in a 9 x 13 pan, but it also makes a great eight inch layer cake.

Ingredients for the Carrot Cake: 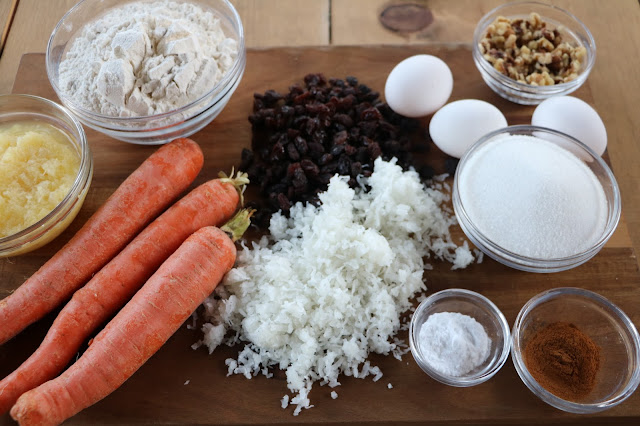 Ingredients for the Cream Cheese Frosting: 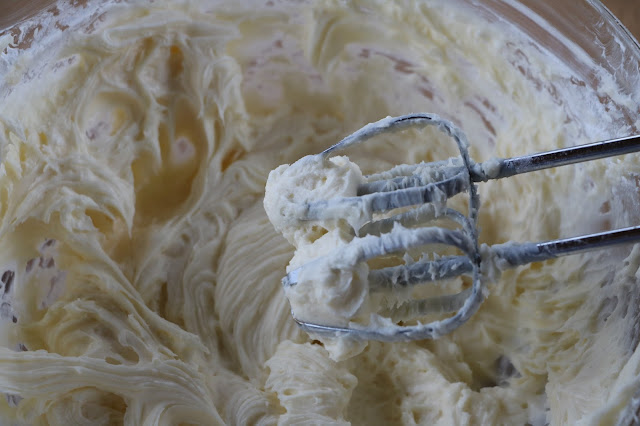 Directions for the Carrot Cake: 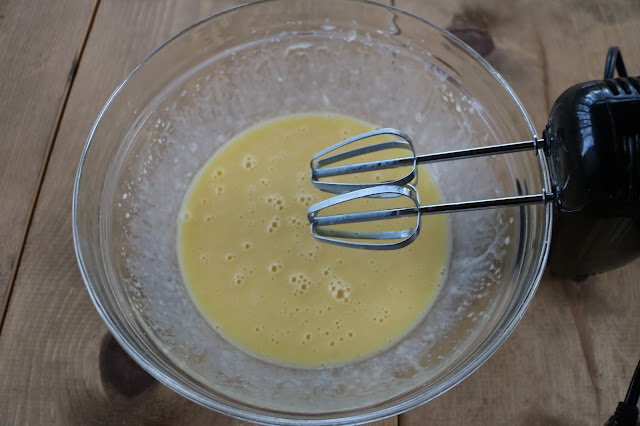 Preheat the oven to 350 degrees. Grease and flour either a 9 x 13 baking pan or two eight inch cake pans.  Beat the eggs and oil together until they are combined. 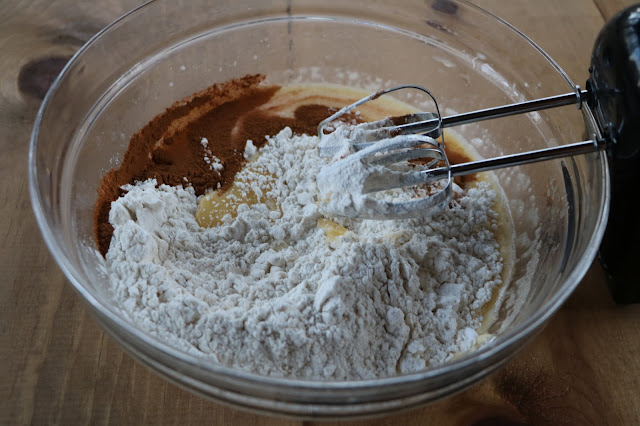 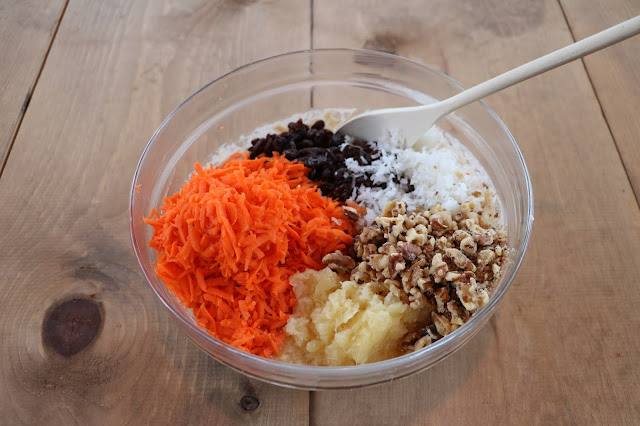 Stir in the carrots, raisins, coconut, pineapple, and chopped nuts. Pour into the 9 x 13 pan or evenly divide the batter between the two cake pans. Bake the 9 x 13 pan for about 50 minutes and the cake pans for about 40 minutes. When done, the edges will be coming away from the side of the pan, the cake will spring back when touched in the middle, and an inserted toothpick will come out clean. Let the pan(s) sit for 5 minutes after they are taken out of the oven. Then, run a knife along the edges between the cake and the pan. Turn the pan upside down on a wire rack and gently tap the edges and top of the pan to loosen it. Lift the pan up to release the cake. Allow the cake to completely cool before proceeding to frost it. 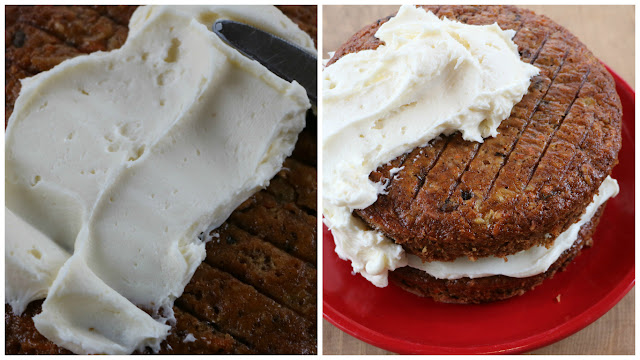 Beat the cream cheese and butter together with an electric mixture. Add the confectioners sugar and vanilla extract and continue to beat until all the ingredients are combined together. Ice the top of the 9 x 13 pan or divide the icing between the two eight inch layers. Place the first layer on the plate and put about a third of the icing on top, spreading it from edge to edge. Top with the second layer and heap the rest of the frosting on top, extending it to cover the sides as well as the top. If you start to get crumbs in the frosting, get a clean knife to continue. Go back if possible and gently cover any of the crumbs with excess icing. Store in refrigerator. 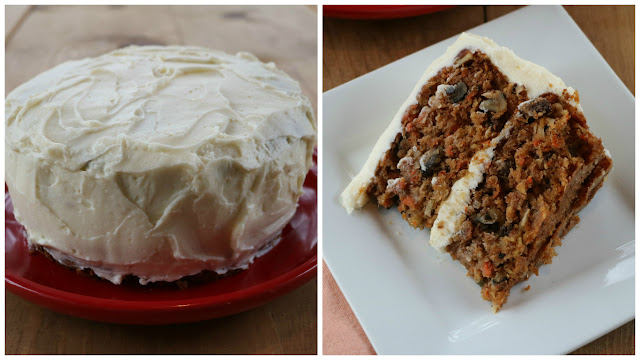