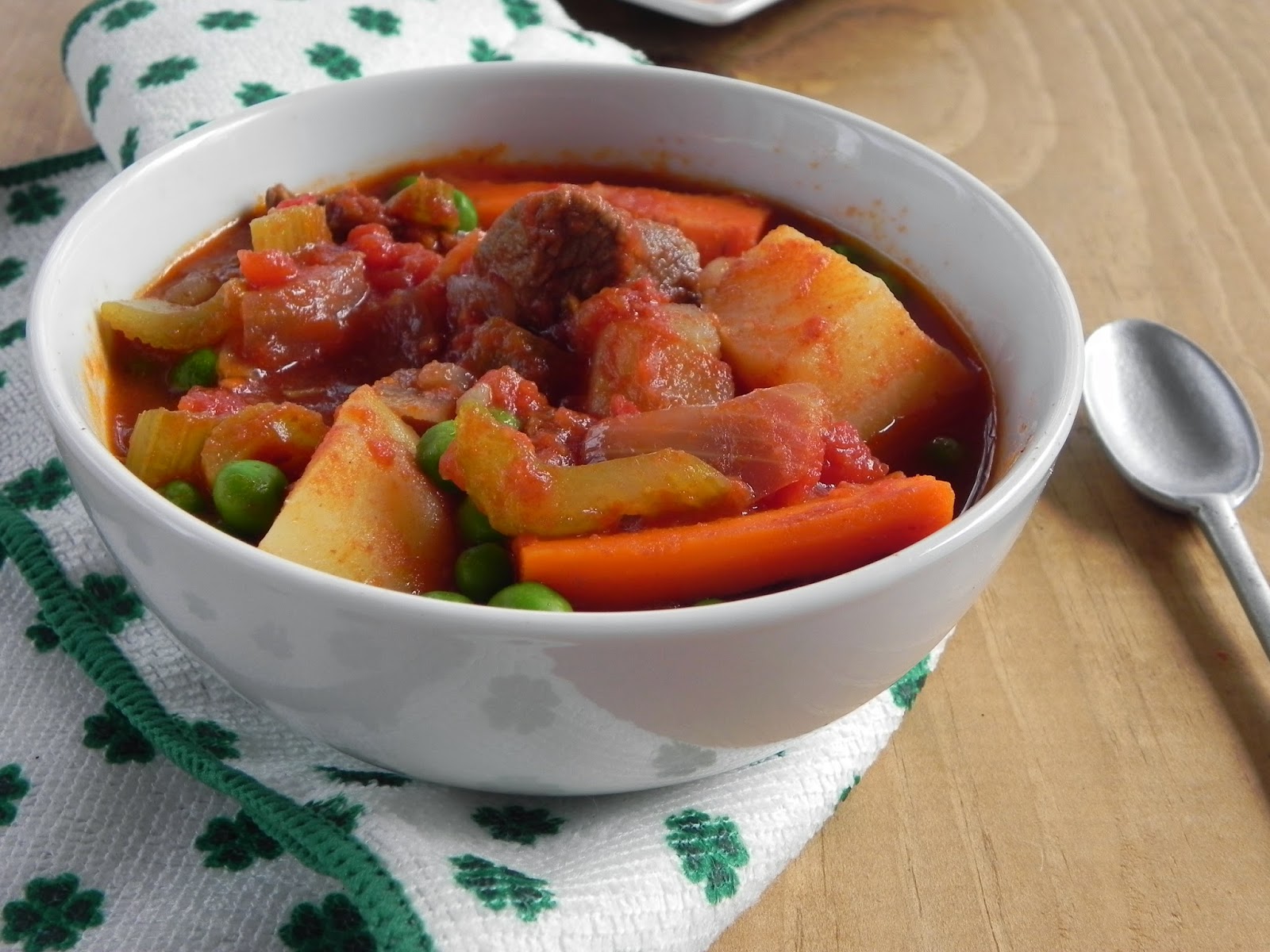 On St. Patrick's Day everyone wants to be Irish. My Dad was named Edward Patrick, and everyone called him "Pat". His father's name was Clarence Edward but everyone called him "Patrick". Both of them had twinkling eyes that were full of fun, and all my growing up years, I figured it was because they were Irish. At weddings and such, my grandpa would go around saying things like, "Oh the luck of the Irish!".  I assumed that his parents had recently arrived to this country. His wife, my grandmother Ivy, really had just "gotten off the boat" not too much before she married Clarence. However, it was England that she hailed from and her family actually immigrated here twice. I guess the first time they were so homesick they went back, but there were no opportunities for them in Britain, so they returned a few years later. Recently, I got on Ancestry.com to see where in Ireland my great grandparents were from. After poking around a bit, I realized that my grandpa was not quite as pure Irish as I was led to believe.  I went back six generations, and the direct line all resided in the United States. I did find out that my great great great grandmother Mariah married at 13 and had five kids in nine years of marriage. After my multi-great grandfather died, she then married his brother and had six more children! She lived be 80 years old - what a woman! She probably knew how to make a stew or two as well as feed a lot of hungry mouths. Here is my dad's version of Irish stew. He always loved the good things in life and I think it's funny that instead of ale, his version calls for a wee bit of red wine. He served this with some crusty bread and a nice little green salad. 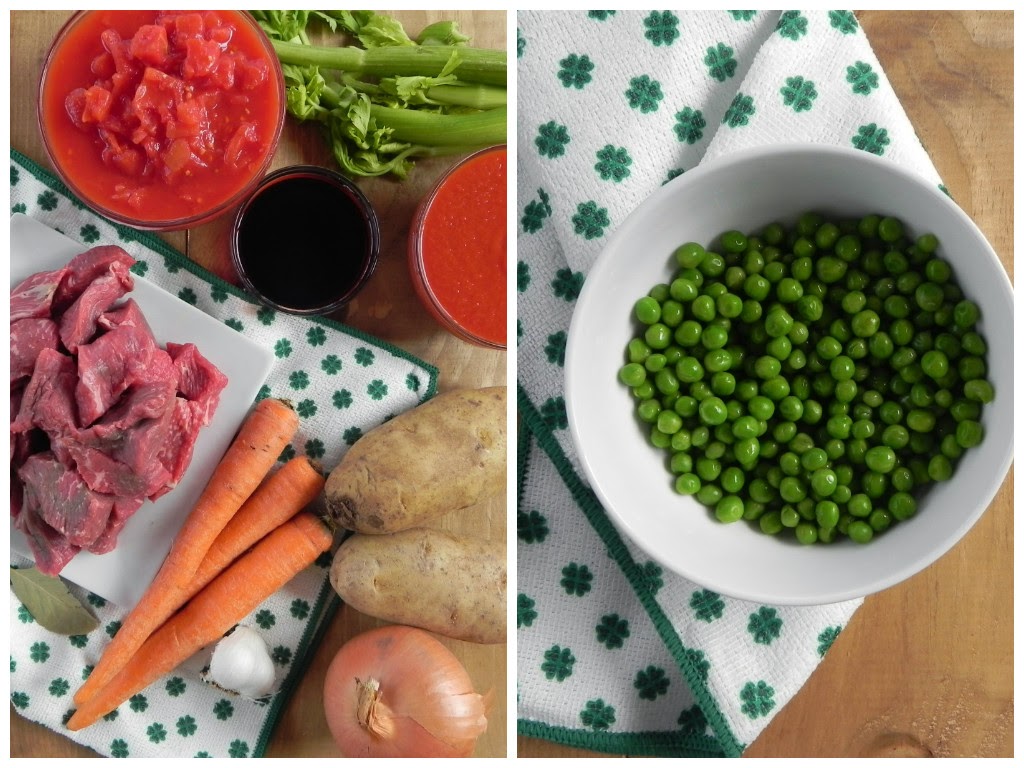 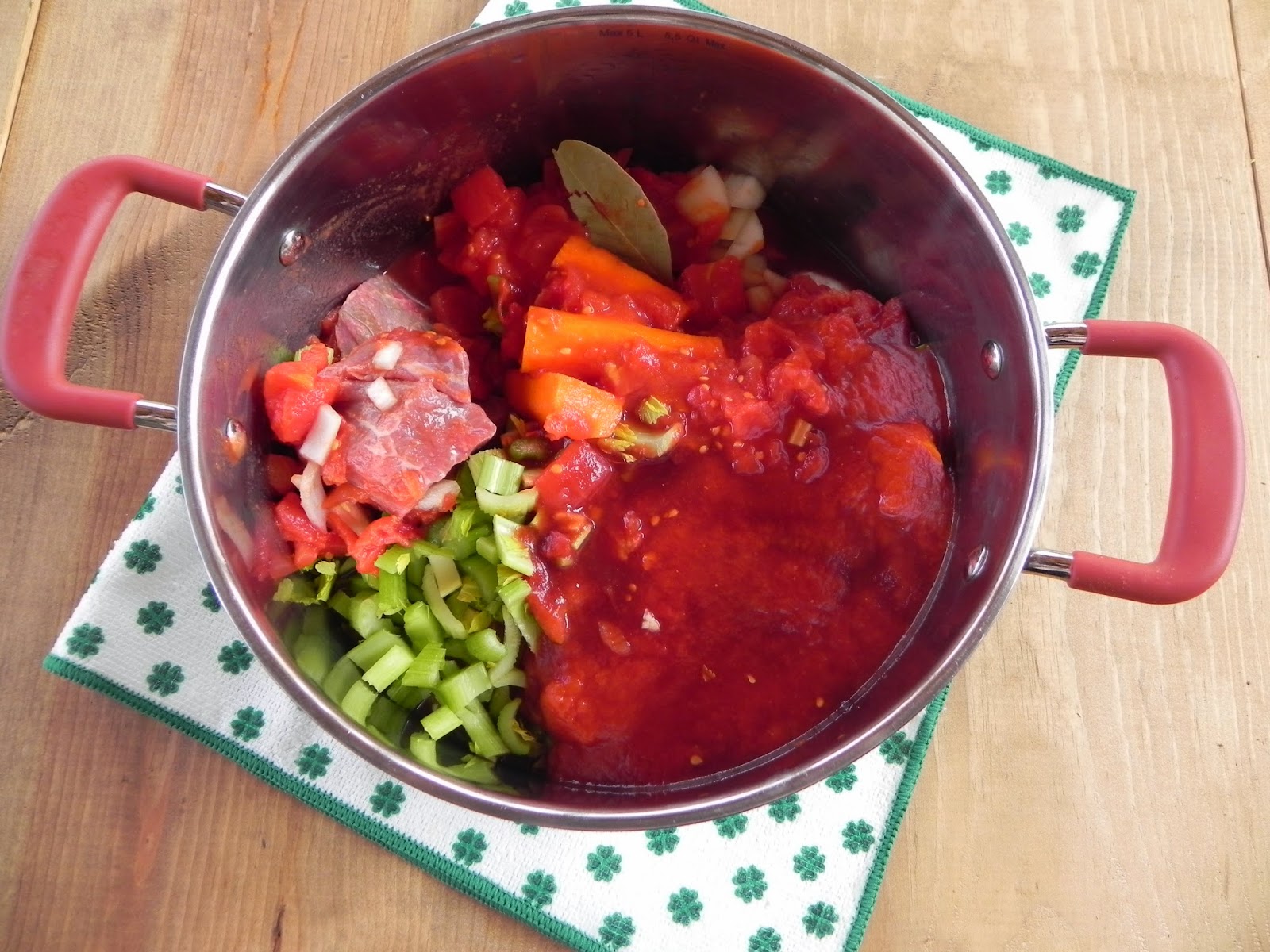 Preheat oven to 250 degrees. Put everything except for the potatoes and peas in a dutch oven or oven-safe dish. Cover the pot with foil or an oven safe lid. Bake for 4 hours. Add the potatoes and turn the oven up to 350 degrees. Bake for 45 more minutes and then add the peas. Bake 15 minutes more. Ladle into soup bowls and serve with some good crusty bread. 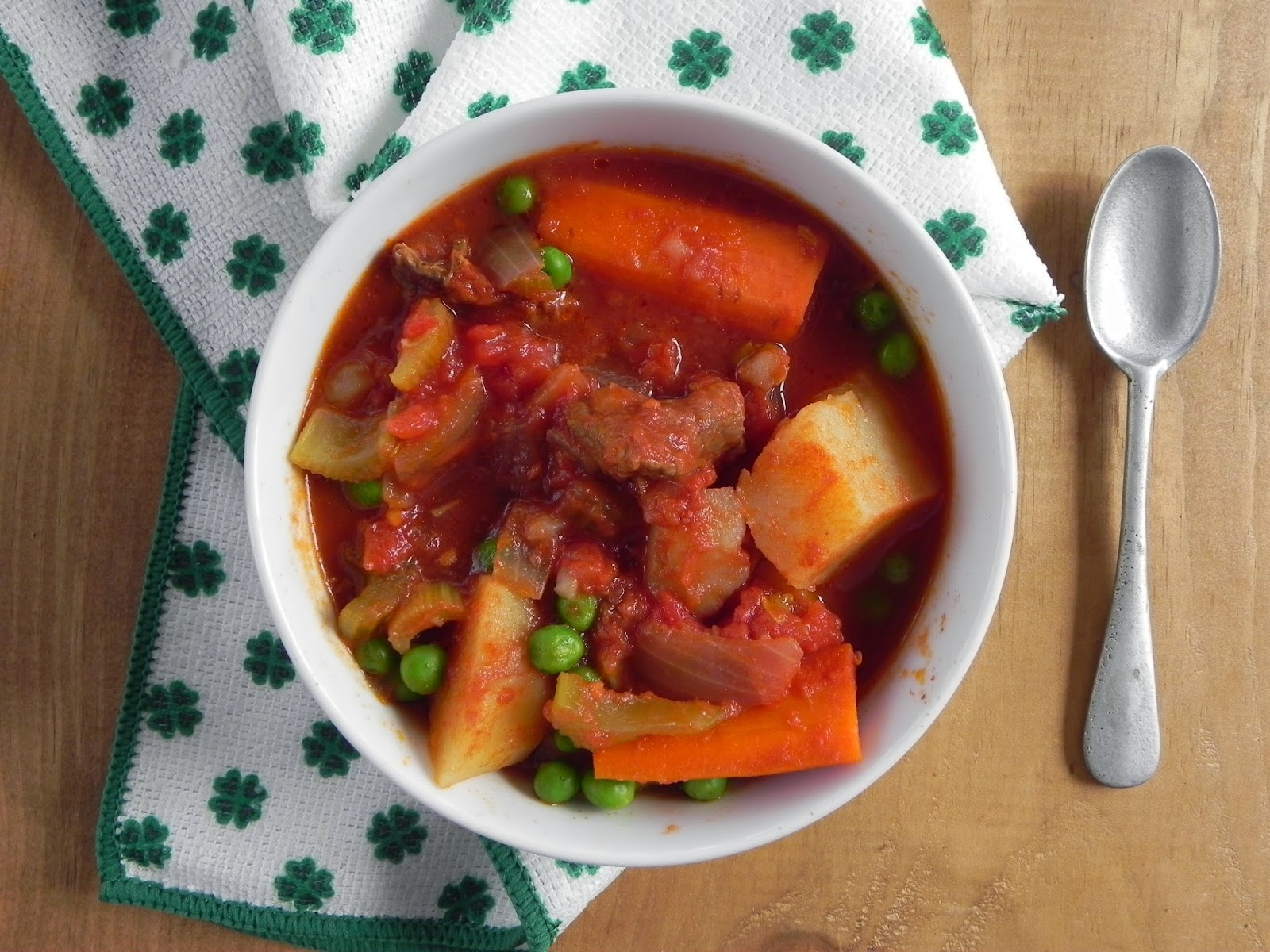