Wikipedia says that serendipity is a "happy accident" or "pleasant surprise".  Yesterday, I was lucky enough to have one of those occurrences.  Roy's office manager, Tamela, had sent him home with a bag full of peppers the night before.  Kindly, they were labeled as either hot or mild and most of them looked like the sweet yellow variety.  I was organizing the cabinets above the kitchen desk and found a 2008 publication put out by Kraft foods called Comida y Familia.  Since Allison is a Spanish major and subscripes to People en Espanol, we sometimes get advertisements and other promotional mail written in Spanish.  Right on the cover was a gorgeous picture of stuffed sweet peppers!  Also fun was the fact that every recipe in the magazine was written in Spanish.  Jenn and I have signed up for a continuing education Spanish class and this was a great opportunity for me learn some vocabulary words by doing my favorite thing - cooking!  I do have to confess that I also consulted my favorite Spanish cookbook, Greatest Ever Spanish & Tapas Recipes by Pepita Aris. The results were quite tasty; the combination of the sweet raisins and almonds with the savory beef, tomatoes, and seasonings made us go back for seconds!  It's different but delicious! 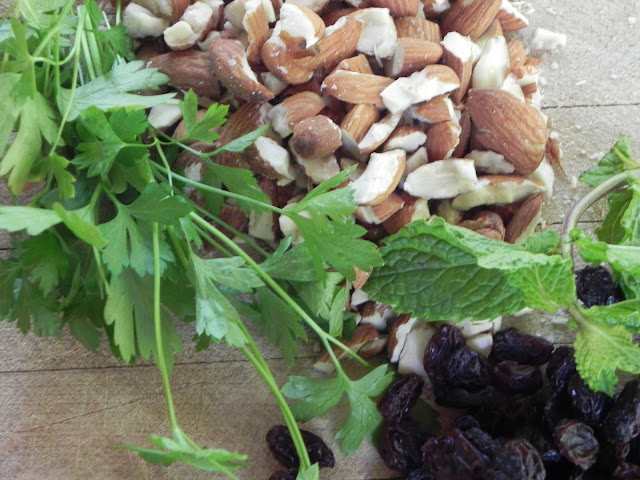 ﻿
Put 2 tablespoons of raisins in a cup of hot water and let them soak while you brown 1 pound of lean hamburger and 1/3 cup diced onion over medium heat. When the meat is evenly browned, drain off any grease. Return the meat and onion mixture to the stove and add 2 cloves of garlic which have been put through a press. Stir the garlic into the meat and cook for 30 seconds.  Add 1 (15oz.) can of diced tomatos, 1 tablespoon chopped mint, 1 tablespoon chopped flat leaf parsley, 1 teaspoon dried oregano, 1/2 teaspoon salt, 1/4 teaspoon pepper, and 1/2 cup chopped almonds.  Drain the water from the raisins and mix them in.  Let this simmer while you prepare the peppers for stuffing. 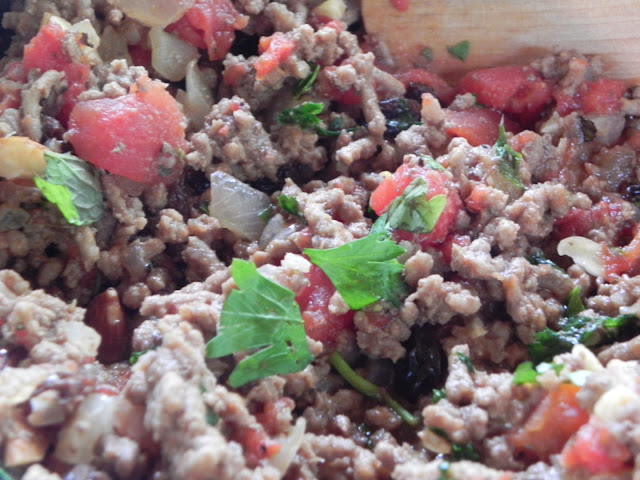 2.  Get the Peppers Ready 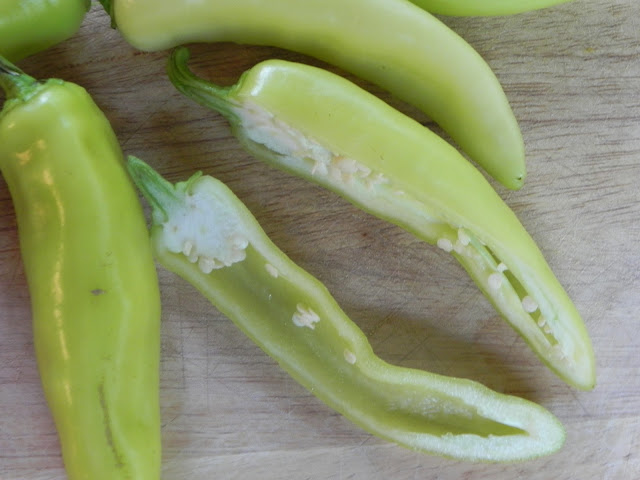 Halve about 10 peppers, leaving the cores intact.  Scoop out the seeds and the membranes.  Brush both the insides and the outsides with olive oil. 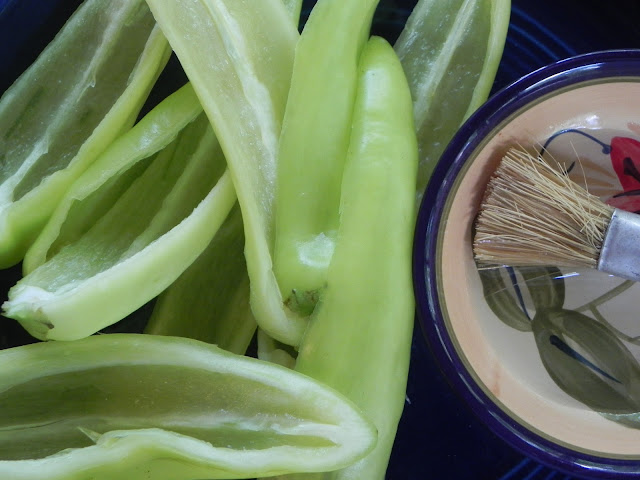 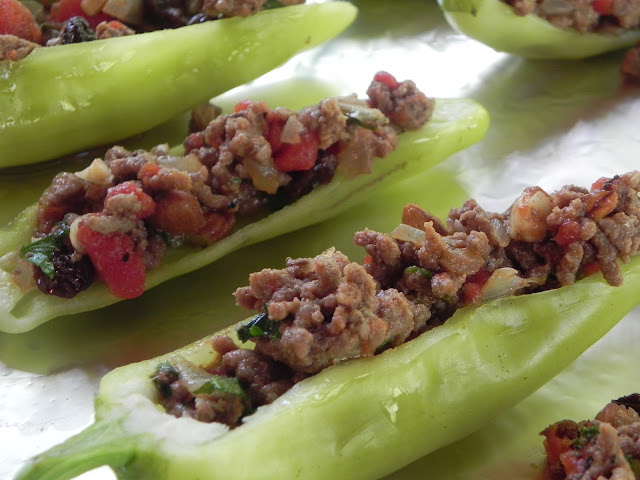 Preheat the oven to 350 degrees.  Line a cookie sheet with foil.  Place filling in the cavity of each pepper.  Bake for 10 minutes.  Garnish with a few extra chopped almonds and herbs.  Serve with a little sour cream or Greek yogurt if desired. 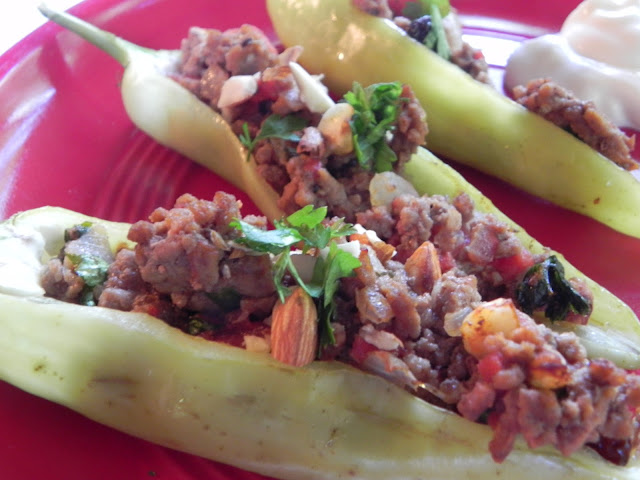