Easy Empanadas for Allison (and Cassie)! 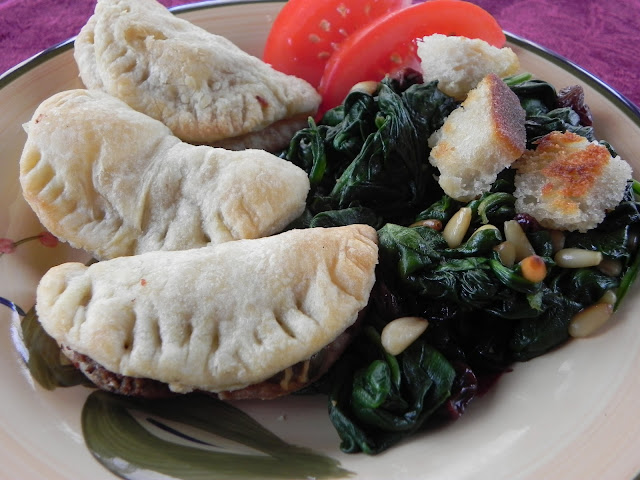 I consider myself blessed that my daughters are friends with me on Facebook. I get such a kick out of viewing their pictures and especially the hilarious things they send back and forth to each other.  Recently I found myself embedded in a thread regarding one of Allison's favorite foods - empanadas.

Cassie:  Allison. Last night I had a dream we went to a party and they were serving empanadas. You snatched a handful and I got none. 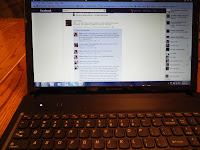 Allison: I feel terrible that in your dream I was so selfish. I guess it speaks to my love of empanadas! Maybe I will make you some to make up for it. whhaaaaaat???

Cassie: Hahahahahahaha. That may be in order! Do you know how to make them?!


Empanadas were the one food Allison really wanted at her open house when she graduated from high school.  I planned to buy them from a Spanish restaurant/Tapas place that, at the time, was just down the street.  So, one afternoon we popped in there for a snack. Their empanadas were quite a bit pricey - especially if I wanted to buy at least 100 of them.  Then I realized that there wouldn't be much to just making them myself and so I put together my unauthentic but tasty recipe that follows. The empanadas were quite a hit at the party and are so easy to make!  Also included is the Spanish style wilted spinach that makes the emapanadas a meal instead of just a snack.
Julie: Recipe for 48 empanadas: 2 package Pepperidge Farm frozen puff pastry, 1 pound ground beef, 1 (15 oz.) can of diced tomatoes, 1/4 cup sliced green olives, 1/2 cup shredded parmesan cheese, 1 onion. Dice up onion and throw it in the frying pan with ground beef. Brown ground beef mixture over medium heat until no longer pink, then then drain out all the grease. Drain the can of tomatoes and add those to beef mixture along with cheese and olives. Add 1/4 teaspoon each of salt, pepper, and garlic powder. Roll out pastry on a floured surface and using a glass as a "cookie cutter" cut out circles. Put a teaspoon and a half or so of beef filling on one side of each circle and fold over to make the half-moon shape. With the tongs of a fork, press the edges of the half circle together. Line a cookie sheet with foil, spray with cooking spray or lightly grease the pan with oil. Place the empanadas on pan and bake at 400 degrees for about 12 minutes or until golden brown. Enjoy!
﻿﻿﻿


Put 3 tablespoons of raisins in a small bowl and cover them with boiling water.  Let them stand while you prepare the spinach.  In a frying pan, add 2 tablespoons of olive oil and some cubes of good artisan style bread. Brown the bread cubes and remove them from the pan.  Add another tablespoon of olive oil along with 3 tablespoons of pine nuts and 1 clove garlic put through a press.  Cook on medium heat for 30 seconds and add a 10 oz. package of fresh spinach. Stir until spinach begins to wilt.  Put in drained raisins and stir again.  Remove from heat and add a couple sprinkles of vinegar.  If you have sherry vinegar, it is wonderful - if not, red wine vinegar will do.  Serve with the browned bread crumbs on top.