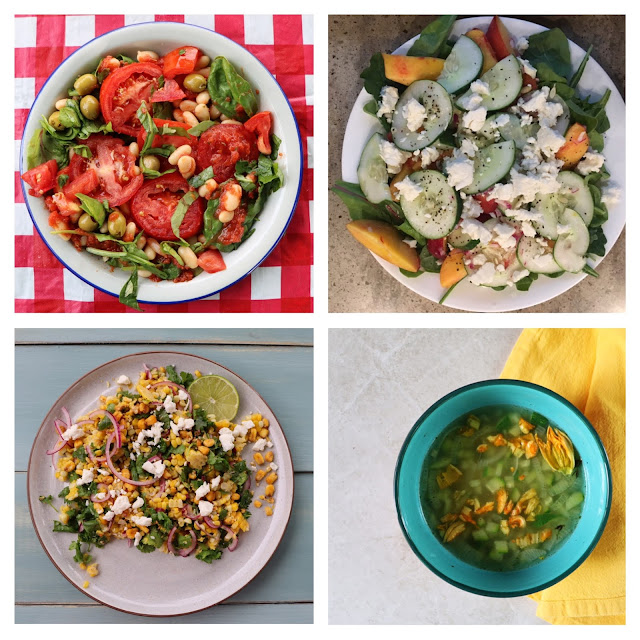 We are on the road again, hence the collage of dishes in lieu of step-by-step photos. During this late summer into fall trip we are headed towards the eastern states. So far we've hit the Rock and Roll Hall of Fame in Cleveland and parts of charming Connecticut.


I've been inspired by some OPRs (other people's recipes) that I've seen in magazines and some recent cookbook purchases. This is a great time of year to find fresh produce and I took the recipes and adjusted them to suit us and our way of life in a tiny motor home kitchen. But that's what everyone does with a recipe- right? You might follow it the first time, but after that you make it your own!


Tomato, Bean, and Basil Salad - Inspired by a Photo in Bon Appetit Magazine 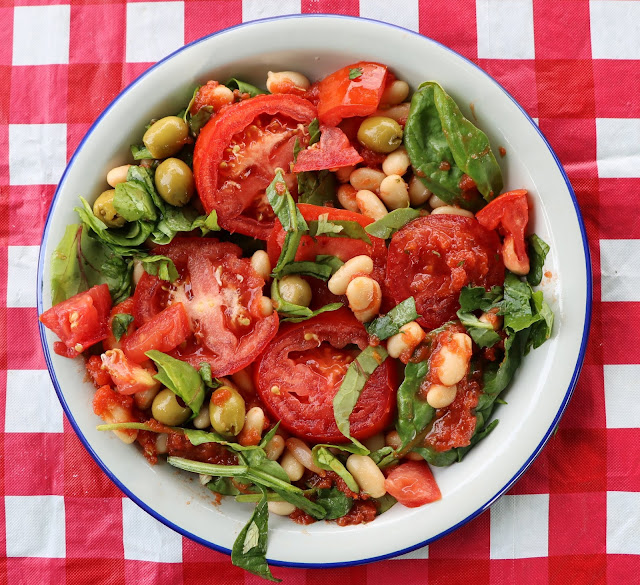 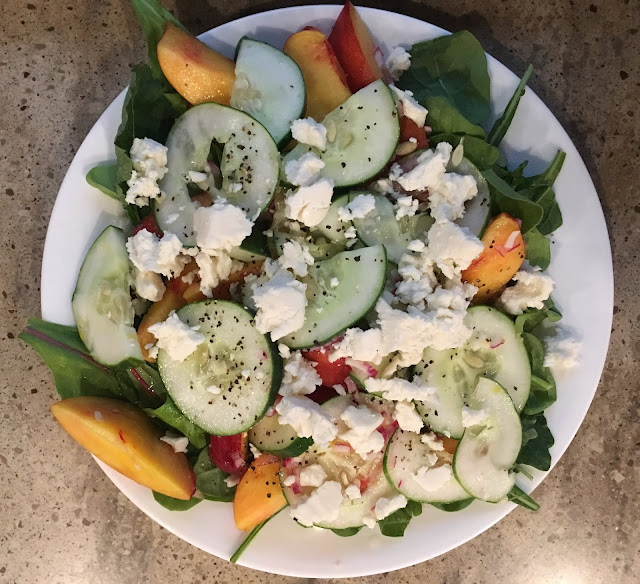 Optional - the original recipe calls for a handful each of basil and mint leaves, I've done it with and without


Whisk together onion, lemon juice, vinegar, salt and pepper. Bon Appetit says to divide the resulting dressing and pour 1/2 over the peaches and 1/2 over the cucumbers before ultimately mixing them together, Lazy me, I just put greens on a platter, mixed together the peaches and cucumbers and then poured the dressing on top. I then crumbled the cheese over it all and finished it off with a sprinkle of more Kosher salt, a dash of pepper and some squeezes of lemon juice. 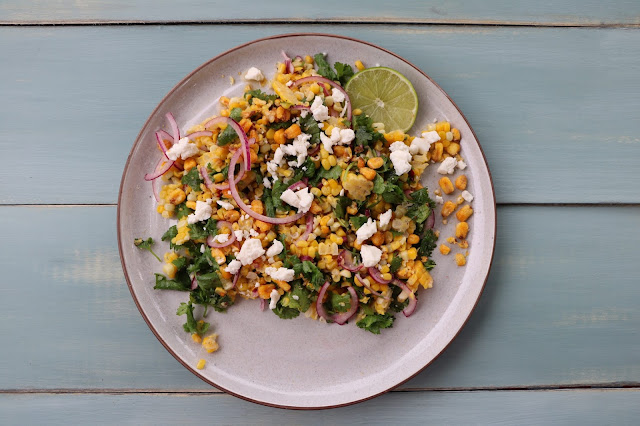 Cook the corn by leaving it in the husk and either microwave it on high for 10 minutes, bake it at 425 for 30 to 40 minutes, or - as the original recipe calls for -  put it on the grill for about 25 to 30 minutes. (I've done this all three ways. When I did it on the grill, the husk caught on fire - so keep some water close to put out the flames.)


Squeeze the juice out of one of the limes, and combine the juice with the onions, pepper flakes, salt and pepper. Set Aside.


Husk the corn and cut the kernels off the cob, by holding the cob straight up and scraping down with a knife. In a large bowl combine the kernels, corn nuts, cilantro and lime/onion mixture. Transfer it all to a serving platter and top with crumbled cheese. Use the second lime to squeeze some lime juice over the top. 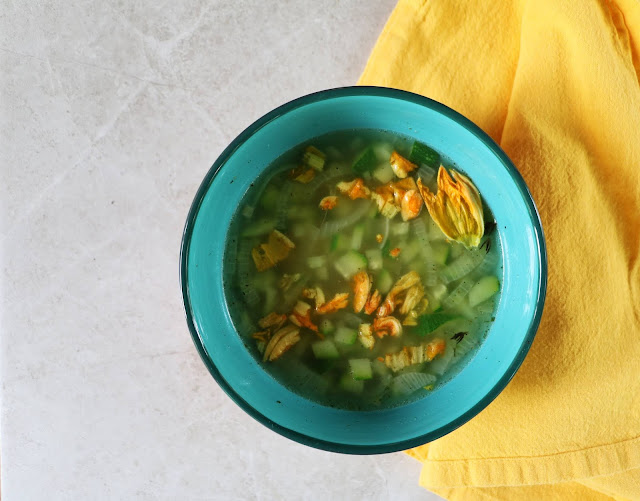 Over medium low heat, saute the onion in the oil until it is tender. Add the epazote or oregano and cook an additional 30 seconds.


Dice the zucchini and add to the onions along with the chicken broth. Bring to a boil and then reduce the heat so the mixture is simmering. Cook for about 5 to 7 minutes, or until the zucchini is tender.


take off the heat and divide between four serving bowls. To each bowl add 1/4 cup zucchini flowers and serve. 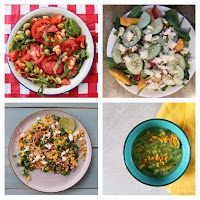