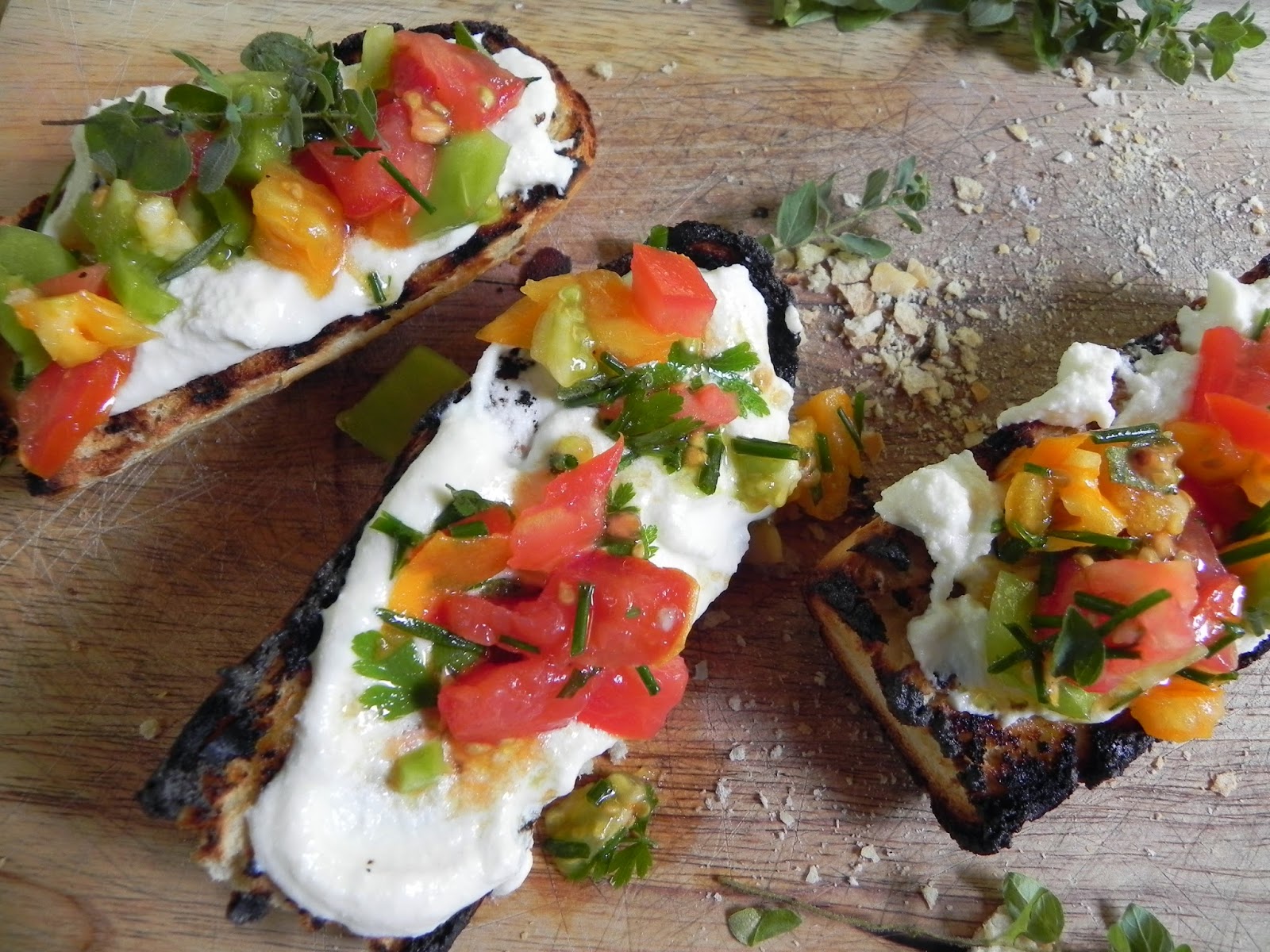 Just going to say it - I got this recipe from the August 2014 Bon Appetite. This recipe isn't a total rip off however; the tomato mixture is the same base for many of our family recipes that my girls love.  Some prime examples are in an old entry called "Too Many Tomatoes" (Click Here to View It) . The other day I found myself with that happy problem again. I had gone to a farmer's market and bought a bunch of yellow, green, and red varieties. Then that night Roy came home with several more that one of his secretaries had given him from her garden. I gave some away, used several in salads, and decided to give this recipe a whirl. In the magazine, they used cherry tomatoes, but since I had a tomato surplus, I just diced up what I had. It turned out to be a riot of color on the fresh ricotta cheese spread atop the grilled bread - sort of like confetti at a celebration! What to try to make homemade ricotta cheese? Click HERE 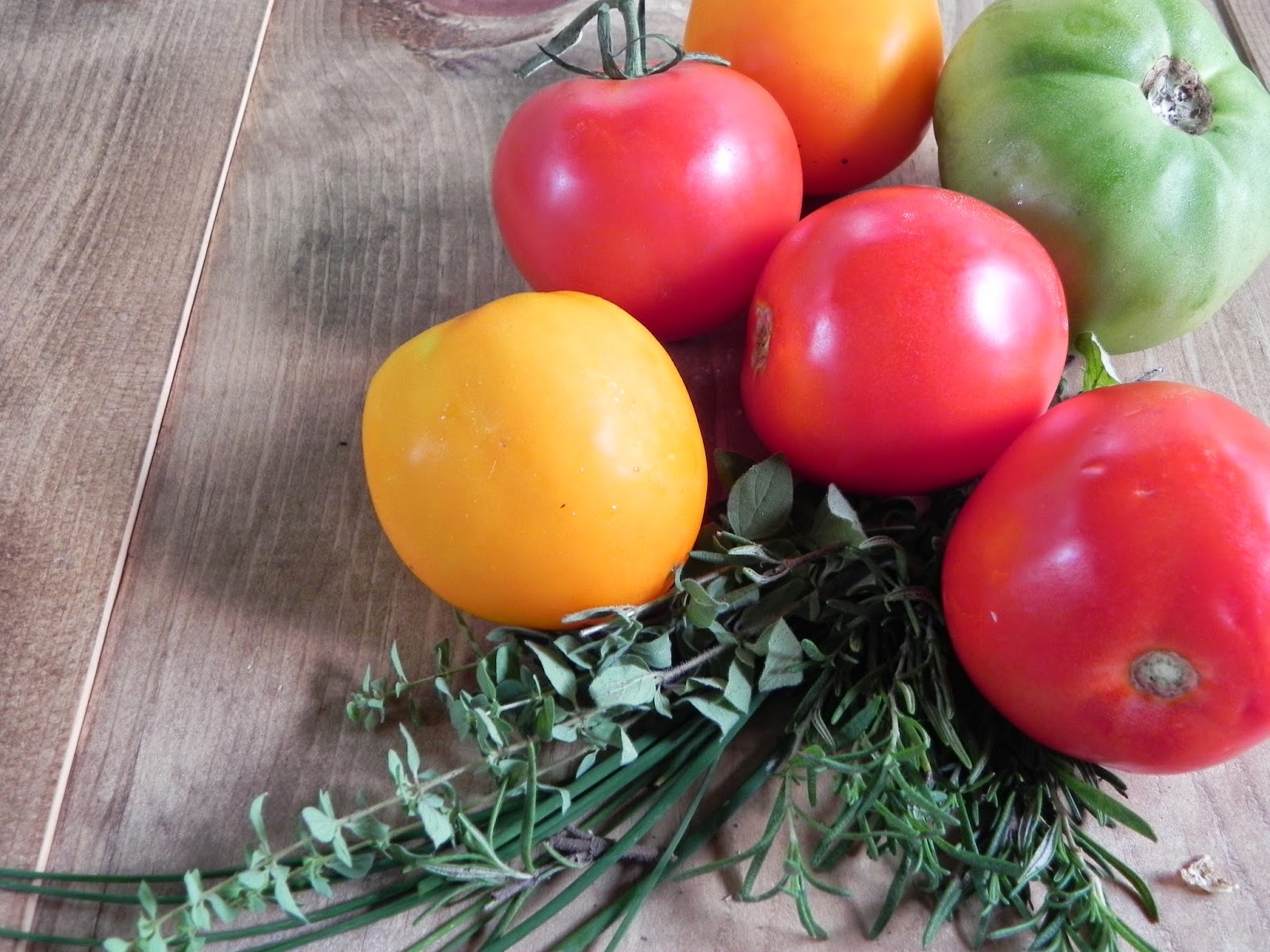 6 tomatoes, various kinds such as red, yellow, even green.
Large handful of fresh herbs such as chives, oregano, rosemary, basil 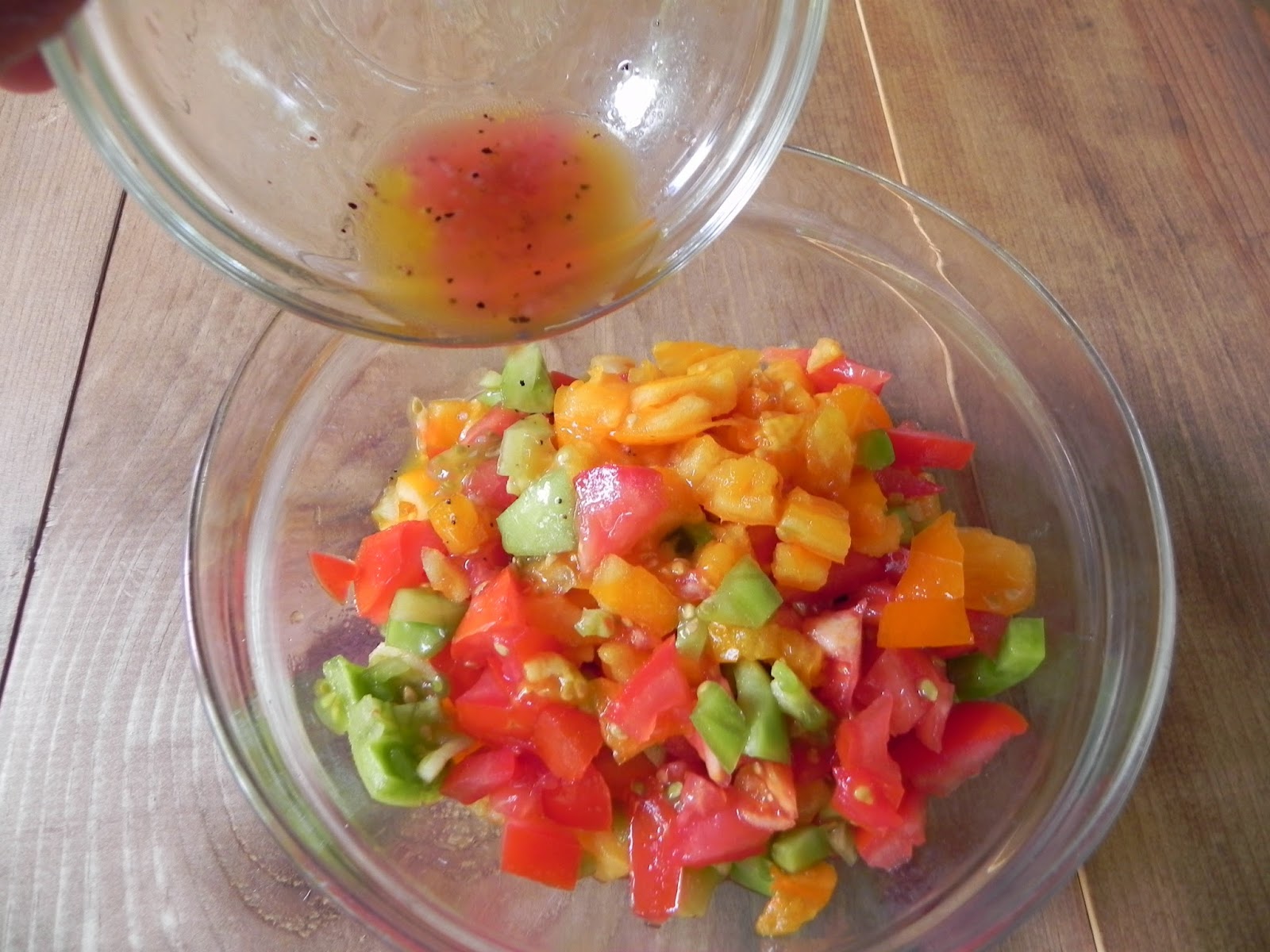 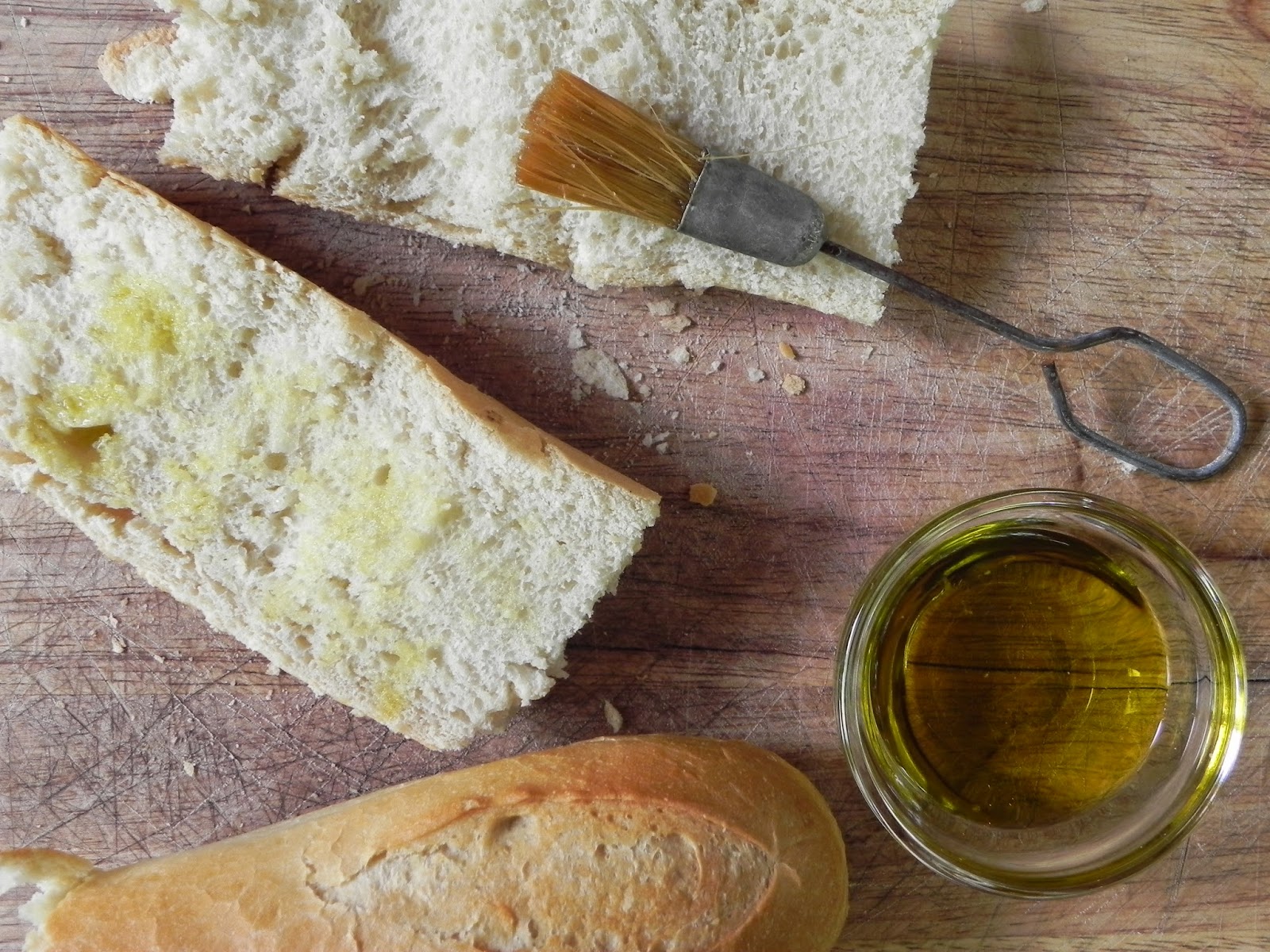 Cut the bread into fourths and then slice each piece down the middle lengthwise. Brush each piece with about a teaspoon of olive oil. Grill about 1 minute per side. 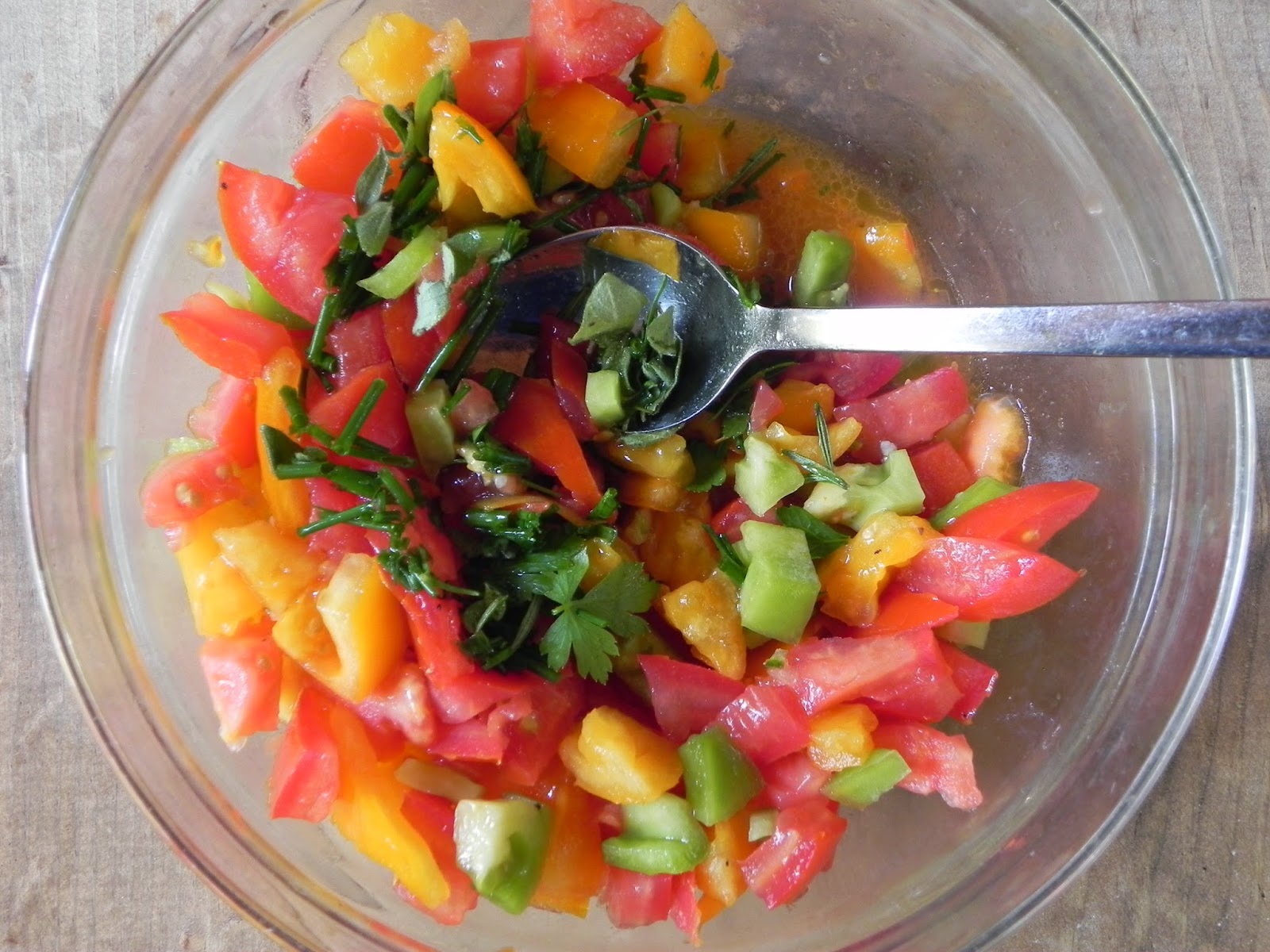 After the bread is grilled, roughly chop the herbs and mix them into the bowl with the tomatoes. 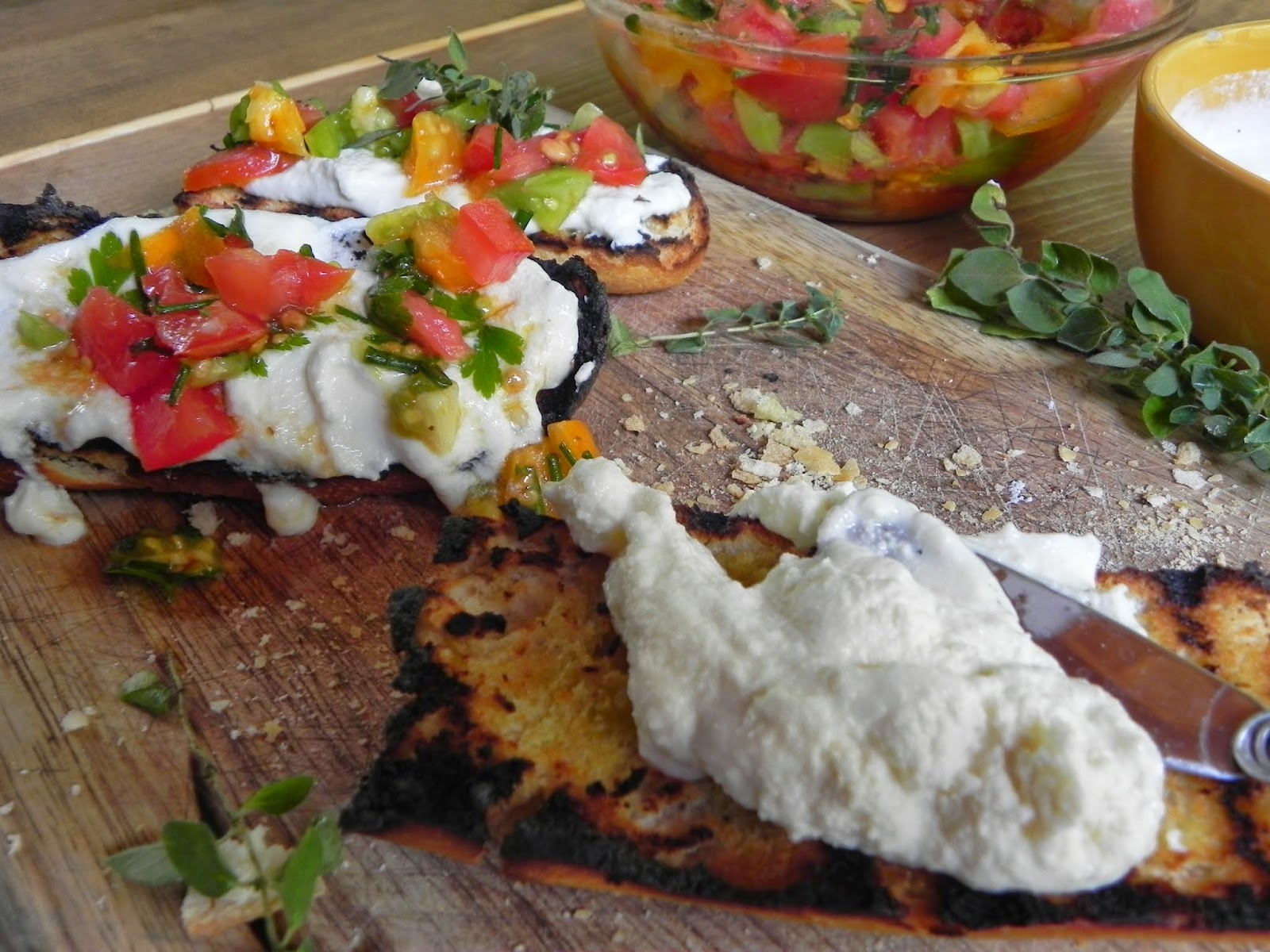 Spread 2 tablespoons ricotta cheese on each baguette piece.  Then top each with a generous 1/3 cup of the tomato mixture. Cut in half if desired and serve immediately. 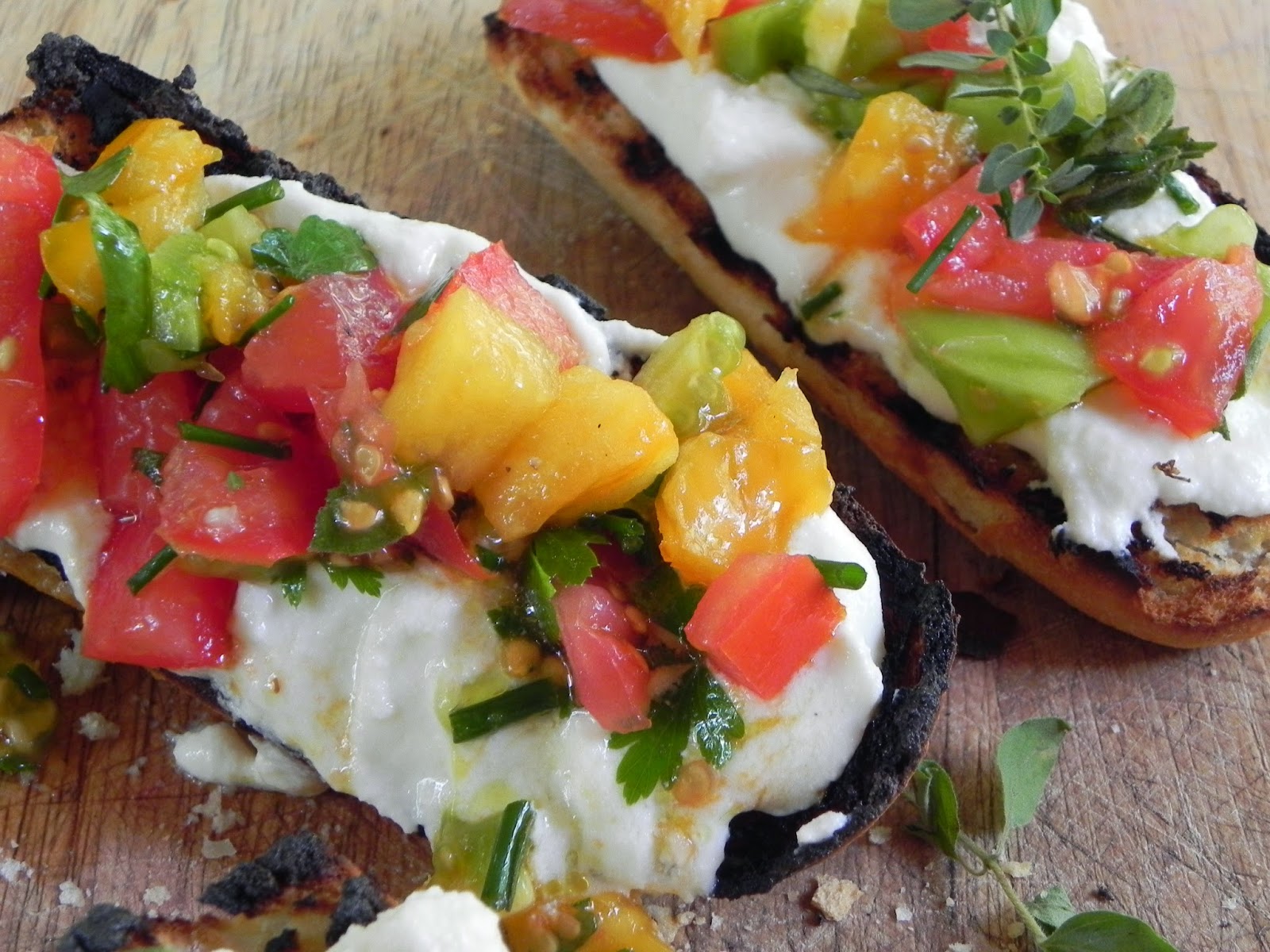