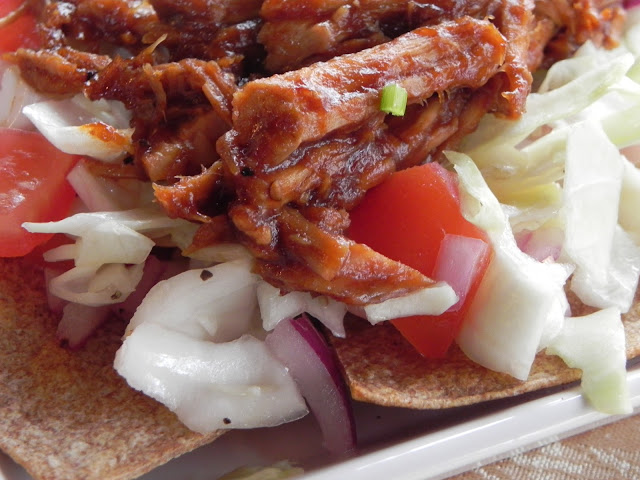 Looking for a quick appetizer to serve while watching the big game?  Last Saturday night I stumbled on a combination that is surprising satisfying, but not too heavy.  Card club was meeting at our house and typically the hostess provides a dessert.  This group has the strange practice of eating the sweet first, and then nibbling on hors d'oeuvres for the rest of the night.  Around 6:30, I got a call from two different members (who are also very good friends), saying that due to crazy circumstances, they would be coming over empty handed and could I whip something up for them? Loving this last minute challenge, I looked around the kitchen to see what I had on hand.  I found about half a pound of frozen pork tenderloin that I had already cooked low and slow at 300 degrees in a bath of chicken broth for about an hour and a half. I also had a package of whole wheat tortillas and half a head of green cabbage.  I remembered an Asian flavored appetizer we had at a restaurant the week before that consisted of fried won tons, slaw, and pork.  Since I also had a bottle of barbecue sauce, I thought I might try the same concept but switch out the main flavor.  The result was very yummy - the cabbage slaw contributed a zing that played off nicely with the barbecued pork and the whole wheat tortilla chips added a nutty crunch.  We liked it so much, I made it again this week.  Chicken could be substituted for the pork, and homemade South Beach Diet barbecue sauce (recipe at bottom of this post) could be used to cut back on the sugar. 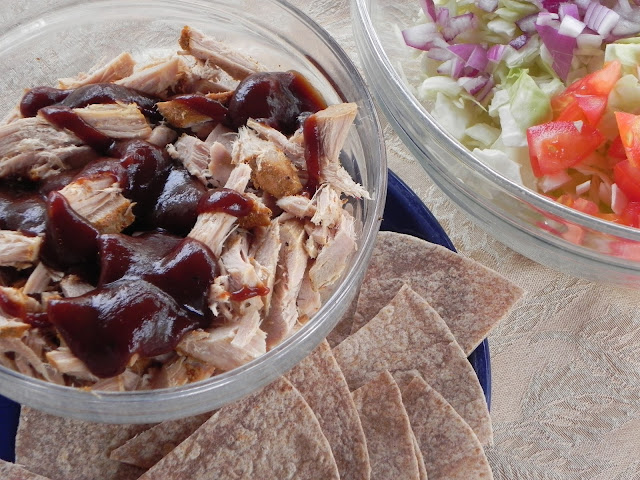 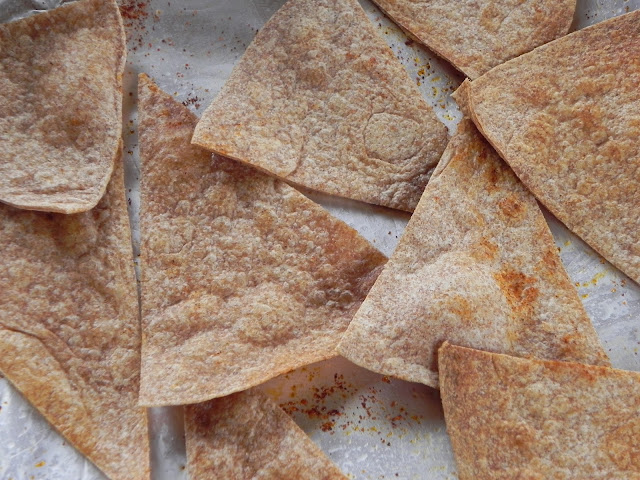 Preheat oven to 350 degrees.  Cut the tortillas into wedge shaped pieces and place them on a foil lined cookie sheet that has been sprayed with cooking spray or lightly oiled.  Then spray the pieces with the cooking oil or lightly brushed with olive oil.  Sprinkle the chili powder over the wedges, place in the oven, and bake for 5 minutes.  Turn the wedges over and bake for 5 more minutes or until they have been crisp and slightly browned.  Place on the serving platter. 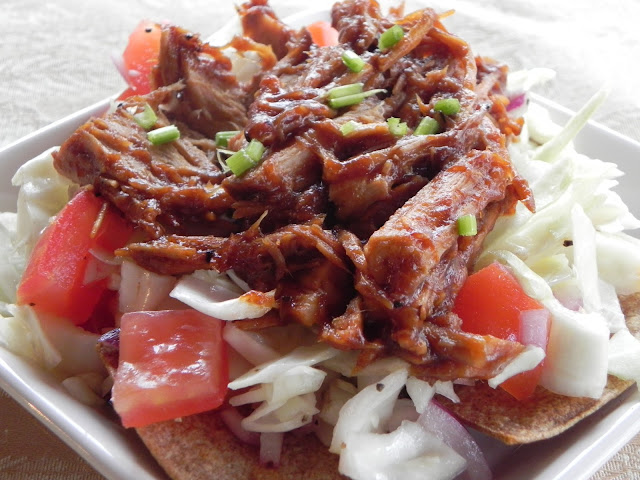 Place the cabbage, tomato, and red onion in a bowl.  Sprinkle the mixture with the 2 teaspoons of olive oil, teaspoon of vinegar, salt, and pepper.  Toss well and pile the slaw up on the tortilla chips.  Combine the shredded meat with the barbecue sauce and place the mixture on top of the cabbage.  Garnish with the sliced green onion and serve.

And if you want to cut down on the amount of sugar in the barbecue sauce:

Combine all ingredients together. Refrigerate in a plastic container
Posted by Julie Yates at 5:25 AM