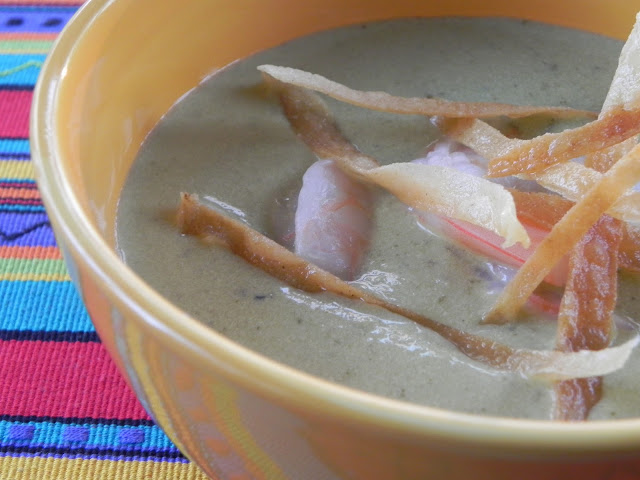 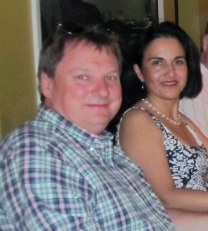 Roy, the girls, and I feel blessed to have some wonderful neighbors.  One family that we really enjoy are the Smiths.  John and Barbara met and fell in love when Barbara came from Mexico to the U.S. to study.  The charming details of their courtship and marriage would make a great movie.  John has a hilarious account of the happenings on the day they were married in Mexico- including everyone rushing off to the church and leaving him alone at the house. Thank goodness the story has a happy ending, because he did make it to the church on time and at the celebration afterward, this fabulous soup was served.  One of John's many talents is cooking and he experimented for years to recreate their wedding soup just the way they remember it.  This soup is so, so delicious and is just perfect on a cold winter day.  It is rich and creamy, so all that is needed to serve with it is some good bread, cheese, and perhaps a salad.  We had a wonderful time last Saturday night when John let me peek over his shoulder as he made this luscious soup and our two families, as well as mutual good friends from across the street, got together to enjoy it! 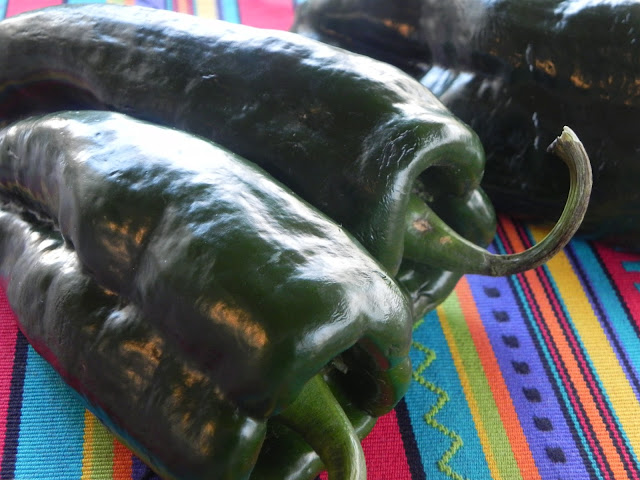 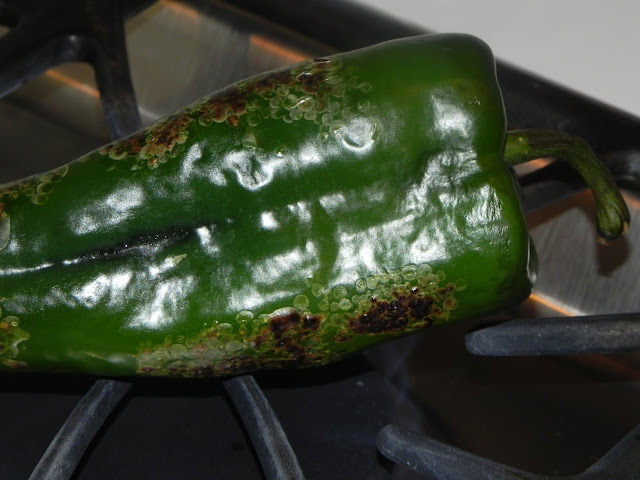 Rinse the peppers to remove any dirt or soil and dry them with a paper towel. Roast and char the outside skin by placing them on the grill and turning them over as the skin becomes black (or hold over a stove burner with tongs.) 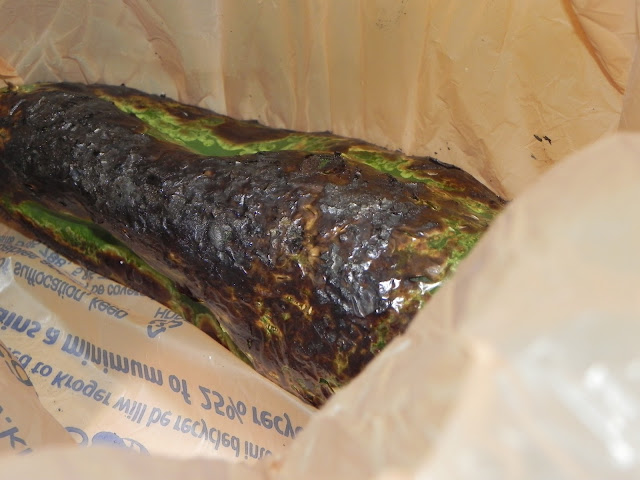 Place the warm charred peppers inside a plastic bag and let them "steam" for about 15 or 20 minutes until they are cool. 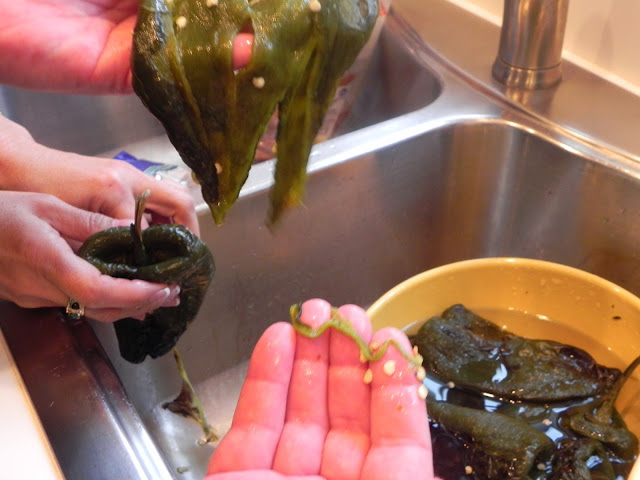 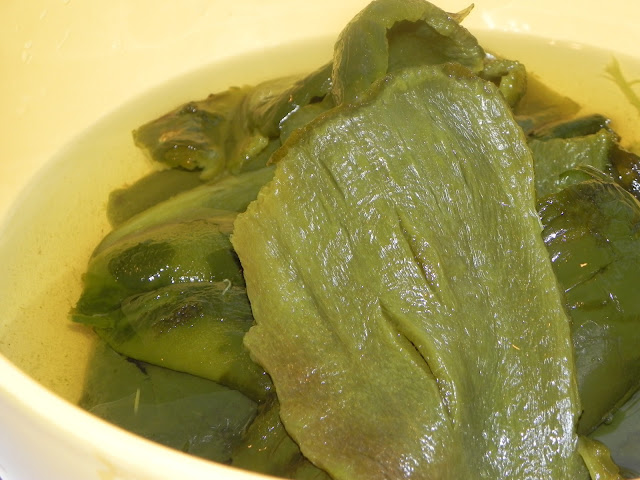 Soak the peeled, seeded peppers in a bowl filled with enough half water/half white vinegar to cover them.  Let them sit for at least 30 minutes. 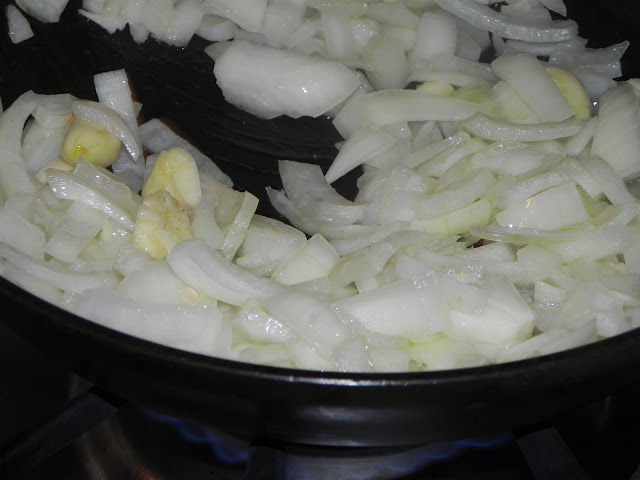 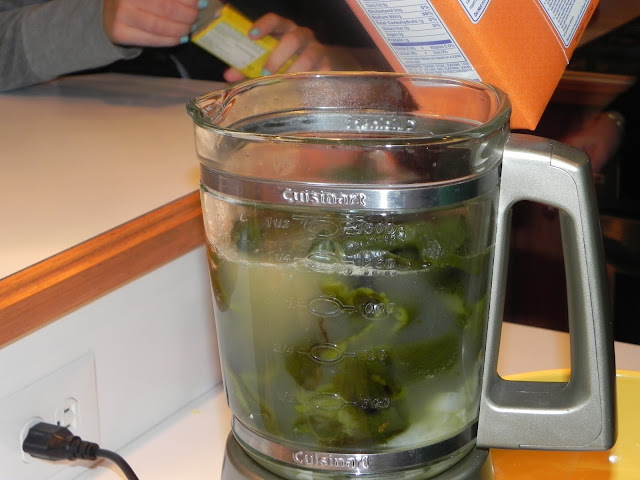 Place the peppers, onions, garlic, and the bouillon cube into a blender or food processor.  Pour in enough of the chicken broth to cover the ingredients and puree the mixture. 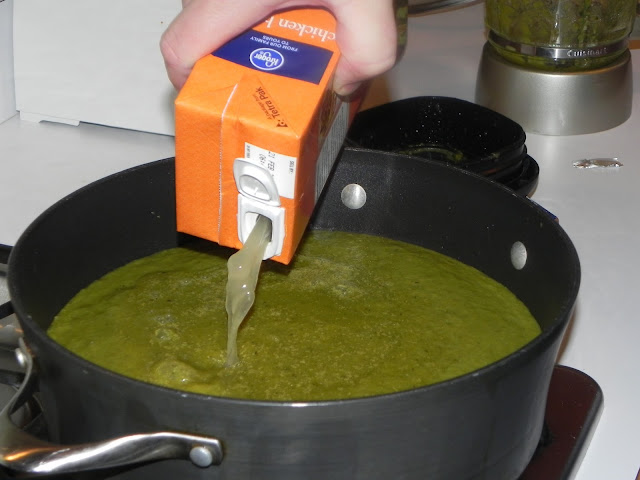 Transfer the pepper mixture into a stock pot and pour in the rest of the chicken broth. Turn the burner to medium to heat the soup up. 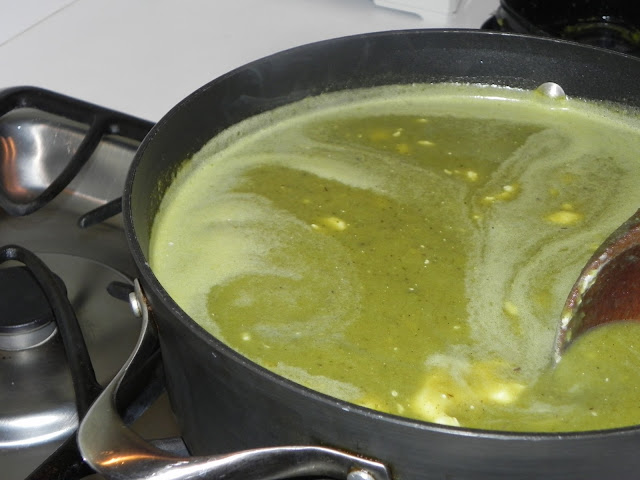 Break the brick of cream cheese up into cubes and add it to the pot.  Stir until it mixes in or use an immersion blender. 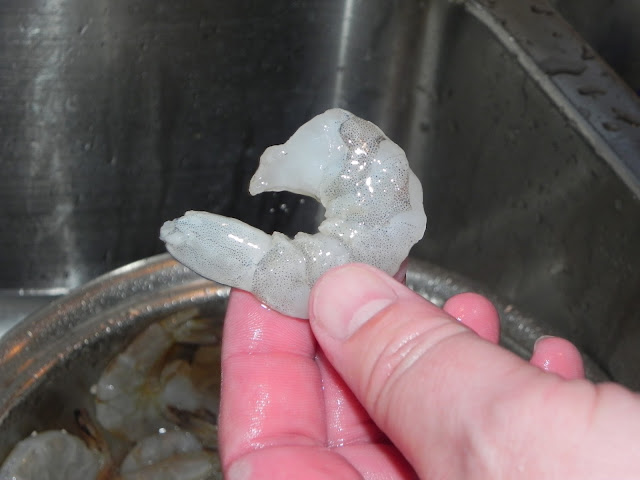 Shell the shrimp and add them all at the same time to the warm soup.  Continue heating the mixture until the shrimp turn pink and opaque. 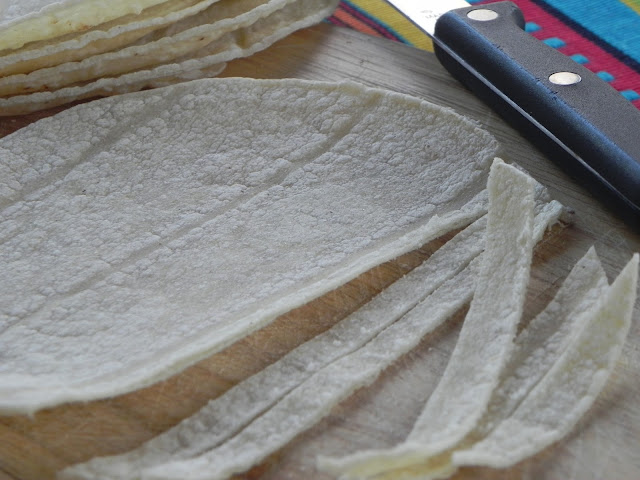 If desired, make a garnish for the soup by cutting a corn tortilla into 1/4 inch strips. 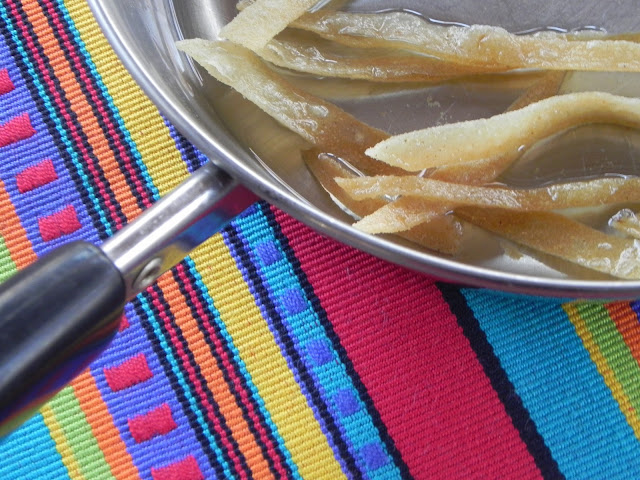 Add a bit of oil to a small frying pan and brown the strips of the tortilla up.  Careful - they crisp up quickly - watch out or they will burn! 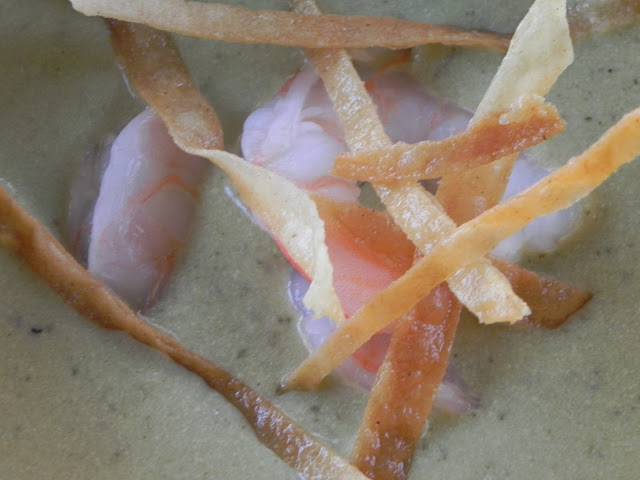 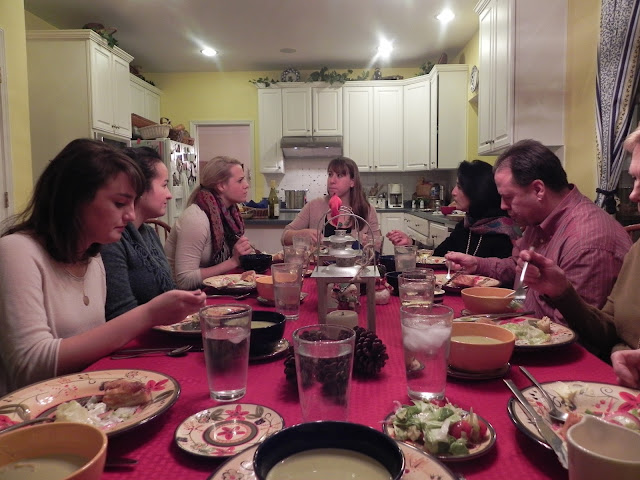